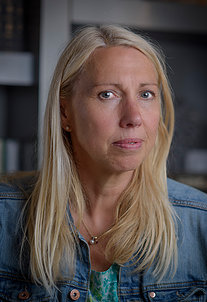 Today, I would like to welcome Suzie Wilde to The Pewter Wolf! Suzie is the author of The Book of Bera: Sea Paths. I would tell you what the book is about, but Suzie is going to tell us a little bit about Bera and her adventures in the small Q&A we have a little further down (I asked for an elevator pitch of the book. Must stop doing that!). But for those curious over genre, it is historical with a twist of fantasy so that should wet your appetite!

Now, before I hand you over to Suzie, I would just like to thank Suzie for taking time out to answer my questions! I would also like to thank Joelle from Unbound, who not only asked if I wanted to be involved but has very kindly sent me a copy of Bera to review. Thank you both very much.

So, if you wanna check Suzie out, you can go to either her website (https://www.suziewilde.co.uk), her Twitter of @suziewilde or check out her Unbound page. Now, over to past me and Suzie...!


What would be your elevator pitch for The Book of Bera: Sea Paths?

A pacy Viking adventure fantasy about a feisty young girl with the gift of sight and a twin spirit – but she can’t control either. She needs to make her friend’s killer pay his blood debt, even though he protects them all. As her Valla powers increase and she becomes a wife and stepmother, so she understands the dark side of her gift and why no one talks about her mother’s death. Is she the same?

What inspired you to write this story?
The advice tends to be either ‘write what you know’ or ‘write what you love to read’. So I kept trying to write crime thrillers set in Portsmouth and felt like a rubbish writer and I also got really bored! I kept seeing a Viking dragon boat coming at me through a mist, so I finally gave in and explored who was on it and why. There was my story.

What made Bera such an interesting character to write?
She has so much to learn. For a start, she needs to find out who she is and learn the Valla skills to help people. Then she has to grow up fast, well before we’d expect her to these days. She has many flaws but I find her loveable because of them.

This story is set in Viking ages. How much research did you have to do to get the settings right?
My dad used to read Norse tales to me when I was little, so they’re always in my mind. There is no written history of the Vikings, so even scholars tend to refer to the Icelandic sagas (written later) to interpret stuff, or the accounts of raided monks – in other words, sore losers! I realized I had to live it, imaginatively, so I spent four years writing the book, staring at objects in museums, listening to Viking experts at conferences and visiting Iceland. That’s where I am most inspired (Ice Island) and where Book Two is entirely set. 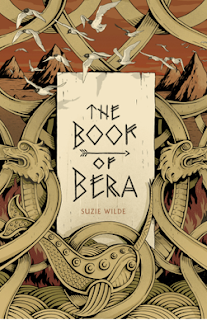 This story has a fantasy element to it. Did you research Viking mythology or did you have to let your imagination run wild?
A bit of both. All the elements are based on their fears, many of which we share, like the undead Drorghers. But I didn’t want to write draugr because it would look like the North men suddenly speak another language. Same for Vala which I made Valla. But the skern is based on fylgja, which I made my own. It means twin spirit and I linked it to my fascination with twins and how many of us feel lost, as if we were once a twin and weren’t told it. The ‘sk’ at the start is because so many of our words are Viking: sky, skirt etc. After that, I embraced the dark.

This is the first book in a trilogy, but also a standalone. How did you get the balance right between making this be a standalone novel while, at the same time, making this fit into the series?
Easy – I didn’t know it was going to be a series until I’d finished the story, and then Bera wouldn’t let me go. I kept wondering what was happening to them all, as I hope the reader will too.

This has been published by Unbound. What made you go down this route rather than a traditional publishing route?
Well, in a way it is traditional. Writers like Dickens had their supporters! I wanted a beautiful edition of this book and knew they could deliver, having supported other Unbound authors myself. I don’t have the skills needed to self-publish and yet I wanted to meet my readers as soon as possible... and I did as soon as the crowdfunding campaign started, in the Shed (author blog on their website). I was the fastest funded debut author, in just two months. It’s like joining a big family and I’ll be giving them Book Two as soon as I can. My lovely editor and I talked over the synopsis last week and it’s brilliant to have her involved so early (she likes my ideas!). Her father happens to be one of my heroes, Alan Garner (Red Shift and The Owl Service are my favourites).

And finally, is there any tiny titbits you could reveal for later in the series that readers should be excited/scared about?


"The power of three" would be my skern-like riddle. The next book is called Obsidian: the black stone, forged in the earth’s molten core, where continents collide. And on Ice Island, two different beliefs collide and this time Bera must deliberately sacrifice either someone she loves or herself if she is to save the country. That’s the plan, anyway. Bera has a tendency to take the lead while I’m writing – and sometimes I let her.
Posted by Pewter Wolf at 07:30:00