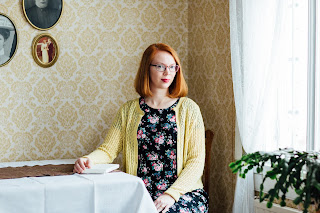 I am so thrilled to be part of the Naondel Blog Tour and I am very excited to welcome Maria Turtschaninoff onto the Pewter Wolf. Maria is the author of the Red Abbey Chronicles, which contains not only the newly released Naondel but also Maresi, which has been desercibled by some as a dark feminist fairytale. If that doesn't wet your appetite, the people at Film4 Productions have optioned the film rights for Maresi. These are the people who have produced and co-produced a ton of hugely successful movies over the past few decades including 12 Years A Slave, Suffragette, both Inbewteeners movies, Room, American Honey and 127 Hours to name a few! 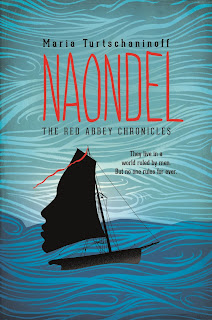 Now, because of this news, Maria has very kindly decided that, on this stop, to talk briefly about the news of Maresi being optioned for a movie and her reactions to this. (My reaction is being very excited so I hope we get to see the badassery of Red Abbey on the big screen!)

Now, before I hand you over to Maria, I want to thank Maria for finding time to write this post. I know you must be very busy with everything at the moment so thank you. Plus, I want to thank Vicki at Pushkin Press for asking if I wanted to be involved in this tour and all the last minute emails from me when I feared I had lost Maria's post!


I have lost count of how many times I have gotten the question what it feels like to have sold a movie option for Maresi. And I have a very hard time answering that question. I don’t really know how I am supposed to feel. You see, everything happens so slowly. I had to keep the fact that a developing company was interested in purchasing the option for a very long time. And then when I knew we were going to sign the deal, there were still months of negotiations between my agent and Film4. And still I couldn’t tell anyone. So when the news finally was made public, I had known about it for something like half a year. Or more. 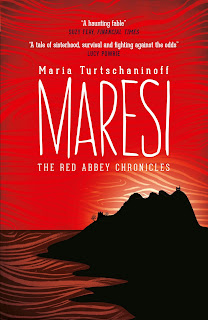 And now there will be a very long time before anything else happens, or so I have understood about the movie business. Many things need to fall into place before the movie rights are purchased, if they are. So there will never be that one, huge, WOW-moment.
I know I sound very boring when discussing this, but I try and stay level-headed. I know so many movies never happen, for a million different reasons.
That said: I still think it is very, very cool. Like, insanely cool. There are people who think my novel, my Maresi, would work as a real movie. On the big screen. I am from a language minority in one of Europe’s smallest countries (seen to population) – that there is even the possibility of an English-speaking movie based on a book of mine is beyond my wildest dreams.
So mostly, I feel stunned. Happy, but stunned.
Posted by Pewter Wolf at 07:30:00