Friendships in the Not Yet Darkness... 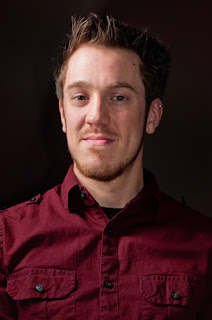 It's Halloween tomorrow and, to get your creep on, I am thrilled to have Simon P. Clark on the Pewter Wolf to talk about his latest novel, Not Yet Dark.

Not Yet Dark follows Danny and Philippa, who have been friends for years. And yet, things are changing between them. Danny has new friends - the rugby boys - when rumours and whispers of "Phil the Thrill" begin to follow Philippa around, she knows where they came from.

When, one night, Philippa goes to an abandoned house by the sea to clear her head, not only does she discover the Danny secretly followed her, but something is happening in the house. Something dark. When the two escape, Philippa and Danny discover that two children are following them. Two children that claim not to be human. But, if they are not human, what are they? And what do they want?

I met Simon briefly at the launch party of David Owen's The Fallen Children earlier this year, so am thrilled that Simon wrote this and I can share with you guys! (if you haven't met him, he's super nice!)

But before I hand you over to Simon and his guest post about friendships in Not Yet Dark (now you see why I called the blog post what I did - I know, bad pun alert!), I just want to thank Simon for writing this (and so quickly! I've been sitting on this post for a few weeks because I wanted this for this week!). And I also want to thank Stephanie from Atom for setting this up!

And now, over to you, Simon!

Why Can’t We Be Friends?
Weird & Awkward Guy-Girl Stuff in YA
My new novel, Not Yet Dark, has always been two different stories in my head. The first part started a few years ago with a single idea and a single question: what if your imaginary friend was ... real? I saw a girl – who eventually became Philippa – with another girl who no one else could see (this would be Dee). Why could no one else see her? How long had they been together? Answering those questions got me a book. I won’t spoil it here, but I’m happy with the result.
The second story, though, was a lot harder to pin down. I suppose in a way it was also a question: why can’t guys and girls just be friends? Now, before I upset anyone:  they can, of course. That’s the point of Not Yet Dark, really – that platonic friendship’s a normal part of life. Some people do have a problem with that – it’s naive to think otherwise – and our culture, our films and TV shows and, yes, books, often struggle to find the line between a boy and a girl who are friends and a couple teetering on the edge of a ‘will they, won’t they?’ romance. It was this dynamic – a friendship that’s judged and challenged by those around it – that I wanted to lock down. That’s where Not Yet Dark comes from, really. A boy, a girl, their friendship, and what happens to it as they start growing up. Then, because these are the kind of books I wrote, I threw in a bit of dark magic for good measure. 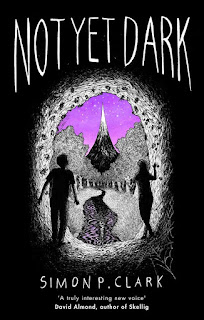 YA fiction (an awkward but still useful title) has some fantastic books with romance in and some fantastic books without it. I want to get ahead of the curve and make sure no one thinks I’m dissing romance, or ignoring the books that already portray fantastic friendships. All I’m doing is taking my own experiences – some of my best mates in high school were girls – and putting it on the page. That’s all most writers do, really – write the books we want to read, with little bits of ourselves hidden away. Not Yet Dark is the book I would have liked to read when people had Things To Say about hanging out with girls, or made jokes, or struggled to see friendships without the possibility of something else. We could definitely do with more books, I think, that tackle this head one (and if you think so too, maybe it’s time you wrote one). Modern teens are the most savvy, open-minded, politically-engaged and opinionated generation Britain’s ever had. They can cope with strong friendships across genders.
Why You Hanging Out With Her?
Danny – Not Yet Dark’s second main character – spends most of the book walking a fine line, loyal to his best mate but desperate to fit in with friends who have far less time for her. I felt for him at times, as he made a general mess of things - annoying Philippa, antagonising his teammates, defending Philippa even as he wants to take part in their jokes. The world is messy and complicated and we’re going to make mistakes and piss off people we care about, and I wanted to show that – just like I wanted to show that Danny and Philippa’s friendship is still strong even when it changes and grows. Not Yet Dark is about how big the world is and how complicated things are. Growing up is about seeing distinctions and accepting that most things aren’t black and white.  Danny and Philippa are fifteen in the book because that’s an age (for me, at least) where things were ... grey, I suppose. Not a kid, not an adult, not independent, but not always thrilled to be at home. Susceptible to peer pressure but aware of how stupid it could be. Learning about the world but still not so great at learning lessons.
Throw some magic into that, I thought, and you’ve got yourself a book.
At the end of the day, Philippa and Danny’s friendship isn’t weird, and shouldn’t be seen as anything worth making a fuss over. The more teens see themselves and their friendships in books, the less alone they feel, the less stigma and questions there are. I wrote about the things I’ve been through and the things I want to see more of, and wrapped it up in adventure and danger. Not Yet Dark says the world is big, but we all have our place in it – sometimes, just as friends.
Posted by Pewter Wolf at 07:30:00