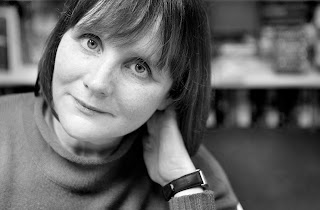 Why, hello and welcome to my stop of the Quieter Than Killing blog tour. As you guys know, I enjoy reading a good crime novel and am always on the hunt to discover new authors in the genre. So, when this blog tour came on my radar, I couldn't resist.

Quieter Than Killing is the fourth DI Marnie Rome series where she and her partner, Noah, are investigating a series of random assaults. But they're not random as they first appear as all the victims have been convicted of violent crimes and have just been released. But as they investigate further, outside dramas effect them both: Marnie's parents' home has been targeted by a gang of youths and her tenants have been attacked in an apparent robbery and Marnie can't help but feel that there's a connection between what happening and  her foster brother, Stephen. All the while, Noah's brother might be involved in gang, though he claims that he isn't.

As Marnie and Noah investigate the three cases, they can't help but wonder whether the cases are connected in some way. Because some crimes are much quieter and more insidious than killing... and if this true, they all better be careful...

Doesn't that sound tense and creepy?! Right up my street for crime! I can't wait for it to get darker and sink my teeth into this!

But that's not what this stop is about. I am very lucky to have Sarah Hilary talking about some chilling Autumn reads, books that will give you a shiver (and not just because of the turning weather!).

So, before I hand it over to Sarah, I must thank her for finding time to write this tiny post (and I blame her for me looking up one or two of her titles and go "That sounds good...") and I want to thank Katie at Headline/BookBridgr for allowing me to pop on this!

Now, are we sitting comfortably? ... good. Then Sarah will begin...

I love this time of year, as the days get shorter and sharper, and the nights are drawing in. There's Hallowe'en to look forward to, and Bonfire Night. As a child, I used to love 'writing' with a lit sparkler in the garden after dark, eating charred sausages and baked potatoes, and throwing Bengal matches into the open fire (they flared up in sulphurous greens and pinks). It's the perfect time of year for a spooky story too, so here's a handful of my favourites.

The Greatcoat by Helen Dunmore is a very quiet, rather romantic ghost story with some wonderfully unsettling moments such as when the heroine puts on the dead soldier's greatcoat and feels his embrace... We Have Always Lived in the Castle by Shirley Jackson is a bittersweet and short Gothic tale of a family suspected of harbouring a murderer. The child narrator, Merricat, is one of literature's great anti-heroines, and the atmosphere from start to finish is deliciously macabre.

Every story in the Collected Tales of Mystery and Imagination by Edgar Allan Poe is a small masterpiece but The Tell-Tale Heart is unforgettable. I first read this when I was twelve, and can still remember the shiver of dread when the bedridden old man's awful eye rolls in its socket towards his would-be murderer.

For those who like their chills with a more contemporary twist, The Handmaid's Tale by Margaret Atwood is guaranteed to make the hairs stand up on the back of your neck. Once regarded as a futuristic fantasy, this story of an America where women are repressed and exploited by a misogynistic state is suddenly scarily up-to-date.

My Uncle Silas by Sheridan Le Fanu (who also wrote the splendid Carmilla, a vampire story of head-spinning lust and dread) is that rare thing: a story written by a man but told with utter conviction through the eyes of an eighteen-year-old girl. It also has one of the most terrifying monsters of Gothic fiction, Madame de la Rougierre, who rivals even Mrs Rochester.
Posted by Pewter Wolf at 07:30:00