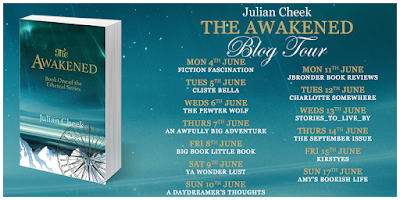 Please give a warm wheel to Julian Cheek, author of The Awakened, for joining us on The Pewter Wolf!

The Awakened follows Sam, a seventeen year old who just wants to be left alone. Is that so hard? Well... yes, it is. Because the world is in danger. And so is the world that he's been dreaming about. If he doesn't wake up, it's game over. Which means Sam has to come out of his shell and stop being invisible. Expect if he comes out of his shell, so will his rage...

And if that happens, how can he hope for things to get back to normal afterwards... if there is an afterwards...

Now, as part of the blog tour, Julian wrote me a small list of his Top 5 Reads. But because of real life and all the trauma real life throws at you, his list is quite short. Sorry about that. But before I throw you at the list, I want to thank Faye for asking if I wanted to be involved in the tour and for Julian for find time to write this - I know how super busy he is of late! 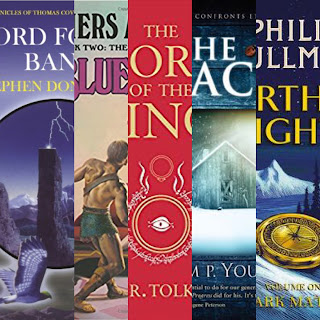 “Thomas Covenant” Series (in particular “Lord Foul’s Bane”) by Stephen Donaldson
“The Adept Series” (in particular “The Blue Adept”) by Piers Anthony
“The Lord of the Rings” by J.R.R Tolkein
“The Shack” by William P Young
“Northern Lights” aka “The Golden Compass” by Philip Pullman
Posted by Pewter Wolf at 07:30:00