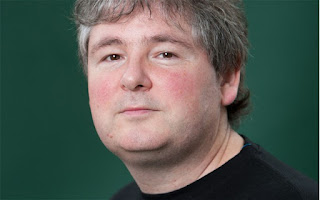 SURPRISE! And you thought this was going to be another Self-Isolation read post!

No, I am thrilled to welcome Darren Shan, author of well known and well-scary series such as The Saga of Darren Shan (aka Cirque du Freak), its prequel series The Saga of Larten Crepsley, The Demonata, Zom-B and his new series, Archibald Lox.

This new series is a little different compared to Darren's other series as to how they are going to be released. There should, in theory, be at least three volumes and each volume will have three short novels in them. The first three novels (aka Volume 1) are out now due to Darren wanting to bring a bit of cheer due to the COVID-19.

The first story is Archibald Lox and the Bridge Between Worlds. In this, we meet Archibald Lox (or Archie), a young locksmith who, by accident, steps from one world to another, discovering a universe beyond our own called The Merge. In discovering these new worlds of wonder, Archibald is about to come face-to-face with hell jackals, rivers of blood and cold-blooded killers...

Plus, this is free! FREE! I will pop a link somewhere so you can rush further and treat yourself!

I am thrilled that Darren has found time to write this post, as I know he is very busy being a writing demon (he might be a demon. Are we sure he's human?), but as soon as PR person Catherine emailed about Darren, I emailed back going "CAN HE BE ON MY BLOG?!". I remember vividly reading Vampire Assistant, the second book in Cirque du Freak series, by accident while on work experience at Ottakars (a book shop chain that was bought by Waterstones) when I was in secondary school. I remember reading Demon Thief on the bus home from somewhere and gasping VERY LOUDLY at a scene in the middle of the book. And people find it weird that I say "I'm not a horror fan" but will recommend Darren and Lord Loss in the same breath!

So, before I hand it over to Darren, just want to say thank you to him for finding time to write. And a thank you to Catherine from Catherine Ward PR who emailed about Darren's new series and got us emailing back and forth. If you want to say hi to Darren, go to darrenshan.com or pop over to Twitter. He's @darrenshan, FYI.

And if you want Archibald Lox and the Bridge Between Worlds (and why not? It's free!), check out Amazon UK or Kobo UK. Now, over to Darren!!! 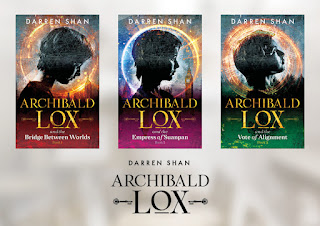 As a young writer starting out, I tried worldbuilding a few times. As a big fantasy and sci-fi fan, I’d seen it done often, in books like Dune, Lord of the Rings, The Belgariad and many others. “How difficult could it be?” I wondered. And with the arrogance of young writers since the dawn of time, I decided it couldn’t be that difficult at all, and that I’d “have me some of that!”

Needless to say, I didn’t get too far as a teenager. It turns out that setting a story entirely on another world or in an alternate reality actually is as tricky as anyone with a firm grip on reality would assume. It’s not just all the small details that you have to consider — it’s knowing how many of those details you then have to cut in order to make the story work. There’s no quicker way to send your readers to sleep than by constructing a world and explaining it at length to them instead of moving your plot forward at a nice, steady pace.
Having learnt my lesson, over the coming years I tended to set my stories in the real world. I’d tweak it in all sorts of weird and freakish ways, but I’d start off with something familiar and real, before peeling back a few layers to reveal some fantastical (and usually horrific) foundations and features. So, in Cirque Du Freak, the story begins in an ordinary town, and continues to take place in very mundane settings until the fourth book. And although my Demonata series took everyone on a dark, grisly journey through time and across universes before it concluded, the first book, Lord Loss, was set very much on our own world.
In short, in stories it’s often better, and always easier, if the fantastic comes to pay us a visit on our home turf, rather than asks us to cross universes and spy on others in their alien abodes.
But sometimes you’ve got to push yourself and your fans that bit further. Otherwise we’d be living in a world without the likes of the planet Dune and MiddleEarth, and what fun would that be?! So, when I’d built up my skills and confidence, and tried a bit of worldbuilding at various stages of my Saga of Darren Shan and Demonata storylines, I went for it again and tried to build a world from scratch with my stand-alone novel, The Thin Executioner.
Without patting myself too firmly on the back, it’s safe to say things went a lot better this time round, and I managed to get just about the right mix of exposition and action. I even chopped off a head in the very first line, which made it something of a seamless transition for those who were coming to the book fresh off the back of the Demonata gorefest!
The Thin Executioner is actually my favourite book that I’ve written, so I guess it was only a matter of time before I returned to have another stab at pure worldbuilding. I swerved it with my Zom-B series, which was set almost exclusively on the zombie-strewn streets of London, but while I was coming towards the end of the those books, I had an idea for a story about a locksmith who opens a door to another universe, and I knew that this time it would be no one-off. The day had come to pile all my gambling chips on red and attempt a full-on, otherworldly series.
Actually, the story of Archibald Lox and the Bridge Between Worlds isn’t set entirely in another universe (called the Merge). It begins in our own world, on a bridge in London that I often walk across. And certain key scenes later in the books are also set on Earth. But the vast majority of it takes place in the Merge, and it’s a world (rather, a series of worlds) that I spent a long time planning and building up.
Usually I don’t pay much attention to the settings for my books in the planning stages. I prefer to work up the plot and fit the scenery around it as I go along, working out the specifics on the fly. That wasn’t possible this time. The Merge was going to be so different to our world that I had to work out its rules long before I typed the first line of the first book. If it was going to feel real to readers, it needed to be real to me before I set my main character (Archibald Lox, of course, but most people just call him Archie) loose in it.
After much more planning than normal, I proceeded to write the first volume, which comprises the three books that I surprise-released at the end of March 2020. It was slow-going — the first draft was about twice as long as the finished book, filled with all sorts of information that was unnecessary, but which served the purpose of helping me become a citizen of the Merge, so that I could get to know it as intimately as any other local. 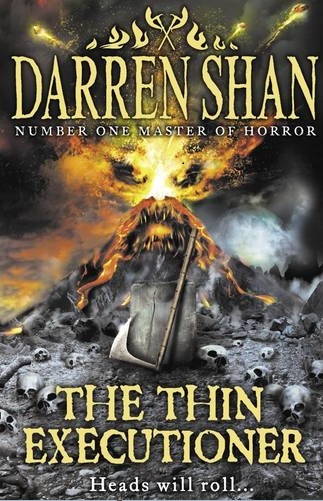 Over the course of the editing process, I excised a lot of what I’d written, adding in extra action scenes, tightening it all up and trying not to ram it to the rafters with too much exposition. It’s always a bit sickening when you have to cut scenes that you’ve spent days, weeks and months creating, but a writer has to be ruthless, and in the end the needs of the reader must come before your own. The question every worldbuilding writer must ask and honestly answer is not “Is this interesting to me?” but “Will this be interesting to others?”
It wasn’t wasted work by any stretch of the imagination. Every sentence that I wrote was an essential block in building up the massive structure of the Merge. It wouldn’t have worked as well without any of them. But once that structure was in place, it became all about the façade. Which is life in a nutshell really, isn’t it? Any world – our own along with any other – is all about what we see, not what lurks behind the visible, propping it up. It’s fun to see a bit of the underlying brickwork every so often, but if we spend too much time trying to count all the bricks, we’ll miss the wonders of what’s on show.
That’s what I didn’t fully understand as a young writer. As a worldbuilder, the truth is you’re really just a brickie, slowly and drudgingly putting the pieces of your worlds together. But by the time you send a story out into the world, you’ve got to be seen as a showman, all illusions and wonders, and if it works, it should look effortless. No one wants to have to think about the nuts and bolts of a story. They just want the magic.
Which is probably my cue to stop before I write an article even longer than the books! So I’ll down tools now and leave you to go read Archibald Lox and the Bridge Between Worlds if you’re so inclined. (It’s free to download, so, y’know, you’ve nothing to lose except a few hours of your time…) If you give it a go, I hope you’ll feel it was worth the time and effort that I put into it. I also hope you’ll feel that the pages flew by and that you didn’t have to struggle to make sense of it all. But most of all? Most of all I hope you’ll walk away thinking it felt so real that you’ll wonder if maybe, just maybe, Darren Shan wasn’t a worldbuilder at all this time, but was simply reporting back on a place that he really wandered into one day while walking across a bridge in London…
Posted by Pewter Wolf at 08:00:00