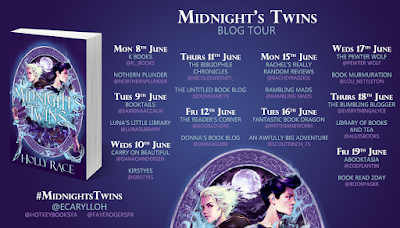 BLOG TOUR TIME! Two in one month! You guys must be in shock!

I am thrilled to be today's stop in the Midnight Twins tour, the first book in a new urban fantasy trilogy written by debut author, Holly Race!

Fern has uncovered a mirror world of ours, where Dreamers can walk in this enchanted, mysterious world know as Annwn. But Annwn is full with as much danger as it does with wonders. For this, Annwn and its Dreamers are protected by an ancient order known as the Knights. 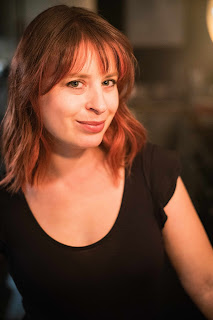 But when Fern's twin, Ollie, is chosen to join the Knight, Fern will do whatever it takes to prove herself worth to join.

But as Fern tries, she does that Annwn, in this dream mirror of her London, is fragile. It's threatened by terrifying and vicious nightmares. Nightmares that are getting harder to defeat. Something dark is happening, and Fern slowly realises that something dark and insidious is lurking in our sleep. Because if you can influence someone's dreams, you can control their thoughts...

This sounds nuts, and so up my street! So, as soon as I was asked to be involved in this tour, I had to get involved! And I am thrilled that Holly found time to write a small guest post for this tour! I know she must be writing the second book in this trilogy so to have this is wonderful!

Before I hand it over to the guest post, I want to thank Holly for finding time to write this post and for Faye & Hot Key Books for asking me to be involved in this tour. If you want more info on Midnight Twins, check out Hot Key Books! Or, if you wanna say hi to Holly, she's on Twitter as @Ecarylloh!

Now, over to Holly!

10 Facts about Midnight’s Twins
1. It's loosely inspired by The Faerie Queene by Edmund Spencer, which is an epic poem published in the 1590s set in the land of Faerie. There's a lot of knights and monsters and battles, and the world of Faerie feels like a utopian landscape of forests and castles. I wanted to give the poem a bit of a modern update, which is why my knights ride across London.
2. One of the characters, who's a goddess based on the 'warrior woman' trope, was supposed to be missing her tongue and unable to speak as an acknowledgement of the historical silencing of rebellious women. But about a year after I came up with her character I read The Hunger Games, which of course features the tongueless avoxes, and realised I probably had to change that aspect of the character. It worked out for the best because actually allowing that character to speak opened up a lot of development her relationship with my heroine, but I was a bit gutted at the time!
3. There are a few Easter eggs dotted around the books as well as nods to Gaelic folklore, Arthurian legend and the history of dream culture: Fern and Ollie's names are significant, for example, as is the quote on Una's grave. If you think you've worked any of them out, feel free to message me on Twitter or Instagram to check!
4. Bosco College, where Fern studies, is named after the patron saint of dreams.
5. The morrigans, which are bat-like birds who feed off emotions and memories, are named after a goddess (or, in some accounts, three goddess sisters) of Celtic mythology. In the stories she often appears as a crow. She represents war but also the circle of life and death. It felt fitting to ascribe this name to a fearsome creature who has the ability to both destroy and heal.
6. The different lores of the thanes – knights, harkers, reeves, apothecaries and veneurs – were in real jobs in Medieval Europe. Veneurs were important members of noble households - they would look after the hunting hounds. Reeves were magistrates and supervisors, and harkers relayed news from nobility to the public.
7. In Midnight's Twins, the castle of Tintagel sits in the spot where St Paul's Cathedral is in real life. I spent a lot of time in St Paul's doing 'research' for the book - I have a mild fear of heights so it took me three visits to pluck up the courage to climb up to the domes! Tintagel's layout is roughly the same as St Paul’s - if you go to the Cathedral you will be able to map out which tower houses the apothecaries; where the harkers' desks sit and where Lord Allenby's office lies. 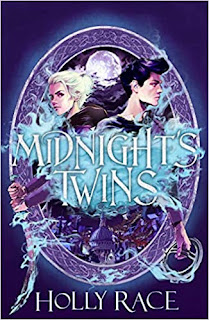 8. There are different versions of the thanes all over Annwn, varying from country to country and continent to continent. The thanes we meet in Midnight's Twins were originally founded by King Arthur. Arthur's empire eventually extended over not only Britain and Ireland but also Iceland, Norway and Gaul (a large portion of modern day Europe). While many of these Thaneships eventually took back their independence, either they retained the fundamental culture and structure of the British Thanes, or they amalgamated it with their own. So in Norway, for example, the thanes have a distinctly Scandinavian flavour – ice castles in the North of the country and riding reindeer or eagles instead of horses.
9. The circle has a particular power in Midnight’s Twins, as a conduit between our world and Annwn. Buildings with circular aspects are also commonly used as castles and strongholdings for the knights around the world. I have a long list of buildings that in Annwn are used as castles: the Round Church in Cambridge; the Radcliffe Camera in Oxford; the Guggenheim Museum in New York; Capital Records in Los Angeles; the Bourse de Commerce in Paris... I had a lot of fun looking up circular buildings – I wasn’t procrastinating, honestly!
10. Midnight's Twins has had a lot of different titles over the years! It started out as Dreamwatchers (and is actually still labelled this on my laptop). The version that went out to agents was The Night King. We sent it out to publishers with the placeholder title of City of Nightmares, then it took my publisher and I many months of brainstorming to come up with Midnight's Twins. I love the final title, though - as far as I'm concerned it was worth the wait!
Posted by Pewter Wolf at 08:00:00