You know a few weeks back, I did a tag post from Breakeven Books called Barking ‘Bout Books (I will put the link to Erik’s video here and my blog post with my answers here). Not, I lie. I asked if I could be tagged oink Twitter and I was. Thank you Erik.

But as you know, I am a cat person. My cat, Bagheera, is sleeping on my bed (though if I move to finish this post or do anything Animal Crossing or make self a cup of tea, he will be demanding treats!). So, of course, there HAD to be a cat version, right? Well, The Booktube Goddess has created one! Inspired by Breakeven’s, she has created a tag and tagged me in via Twitter (thank you!). All the questions are linked to felines and who am I to refuse a tag about cats?

Catnip - An addictive book or series that you devour in one sitting.

Probably the easiest question to answer. The last two books that I devoured in one sitting, if not two, were both middle grade. Both very different as one was a mystery and the other had strong Roald Dahl vibes, and there were Agent Zaiba Investigates: The Missing Diamonds by Annabelle Sami and The Beast and the Bethany by Jack Meggitt-Phillips. Both were just joys to read. 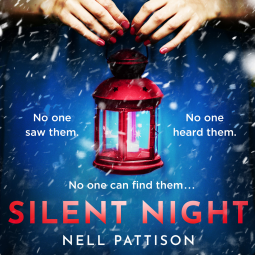 Litterbox - A book so stinky you want to bury it in the sand.

If you’ve known me for quite some time, you know there is only really one answer to this: Book of the Dead by Patricia Cornwall. Oh, how I HATE this book. Every time I think about this book, it feels me with rage. I do wonder if I should try one more time with this author, but nope. Not going down that route.

Although, I did DNF a book last week that might fit under this answer. Silent Night by Nell Pattison. Now, I am planning to go back to this is a few weeks time as I’m thinking about using this as a starting point on a blog post about trigger warnings. However, I audiobooked the prologue the prologue and first 3 chapters and read the following two and, oh boy, I suspect this book and me are not going to have a good relationship… 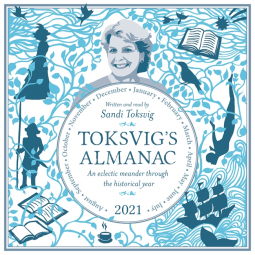 Scratching Post - A nonfiction book you keep going back to in order to sharpen your mind (or your claws).

I am going to admit it here: I am not much of non-fiction fact. I do dip my toe in and out of the genre, but it’s not a go-to for me (he says while listening to Toksvig’s Almanac 2021 by Sandi Toksvig & My Favourite Murder podcast). As I said, I am currently listening to Toksvig’s Almanac 2021, which uses the calendar to talk about forgotten women in history. But, in the past, I have read/listened and loved Becoming by Michelle Obama, Mythos by Stephen Fry, The Five: The Untold Lives of the Women Killed by Jack the Ripper by Hallie Rubenhold (all of which, I recommend to you guys. Especially The Five!). And, in the coming few months, I hope to read/audiobook A Promised Land by Barack Obama, Troy by Stephen Fry (third book in Mythos series), How To Argue with a Racist by Dr Adam Rutherford and, the big momma, I’ll Be Gone In the Dark by Michelle McNamara, as well as a few others…

Mouse – A short book or short story that you like to play with and then devour.

If you guys have been with me since summer/first UK lockdown, I audiobooked/have slowly been devouring the Illuminae Files series by Amie Kaufman and Jay Kristoff. The plan was to finish this series before New Year, but the general release of the prequel novella, Memento, ruined that. I toyed with note reading/audiobiooking this till after I finished the series as a reward. Nope. That resolve didn’t even last a day. I devoured this and utterly adore it. This novella is the reason I audiobooked Gemina and Obsidio so quickly.

Hairball - A book that you liked on the first read, but after the passage of time, you find it makes you want to throw up.

I know some of you will want me to say Harry Potter because of all the issues happening with the author and the movies. And yet… I love the books and find it so intriguing that these books have taught me love, compassion, empathy and yet… [insert sigh here]. But the more I think of this question, the more I think Leah on the Off Beat by Becky Albertalli. I had a blast reading it, but the more I thought about it hours/days/months/years later, the more unhappy and frustrated I was with it.

Attitude - A main character that has the attitude of a cat.

I want to say Mogget from the Old Kingdom series by Garth Nix as I love Mogget. But seeing as he is technically a cat, I feel I can’t use that as an answer. Am tempted to say Jude from The Cruel Prince, but it’s been a while since I have read that and seeing as I am planning to read the entire trilogy in the first few months of 2021, I suspect this might be the best answer.

purrfect - A book or series that is so purrfect that you can’t find any flaws at all.

No series or book is perfection. Do you guys not know me? I will find fault in everything! Even series I love, I will have problems with due to one reason or other (the author and their views, a book in the series is quite weak, the ending is rubbish, that plot twist I saw coming MILES away). But I feel myself about to say Sabriel and Lirael by Garth Nix. These are the first two books in Garth Nix’s Old Kingdom series (Sabriel is the first book in the series and can be read as a standalone while Lirael is the second book in series and must be read with the third, Abhorsen, as one story split over two books) and they are wonderful. Everything is just pitch perfect.

I am not a horror fan. I don’t like reading horror. I much prefer thrillers and something with an element of creepiness to it. But the book that jumps at me while writing this answer is Gemina, the second book in the Illuminae Files. It’s not the horror of this sci-fi trilogy (that would be Illuminae) but this STRESSED ME OUT NO END!

I know, not the answer you wanted. You wanted me to say something horror, but I don’t do horror or scary well. And I do have other answers - Darren Shan, Libba Bray, Melinda Salisbury - but, like I said, I am not a horror fan. So moving on, quickly, to the last question!

Nine Lives - A series or author you liked, then was dead to you, but then you liked again.

Let’s mix it up as this happens multiply times. I start a series, I like it, then something happens so I don’t continue the series and I forget it exist then I am reminded of it, reread the first then power through the rest of the series. I can count so many series that I’ve done this to. There are several series I can think of now that am doing and I should try and go back to reading/audiobooking. But let’s say A Discovery of Witches by Deborah Harkness. I audiobooked the first YEARS ago, liked it but never really continued. Then, years later, I rediscovered it on my audible and gave it a relisten and then, I got a little obsessed with the trilogy and the companion novel.

And that’s it. Am done! And I am out of here, going to get some catnip and make Bagheera love me! If you wanna do this tag (and why not!), please do so and let me and Gooktube Goddess know as super intrigued over your answers!!!