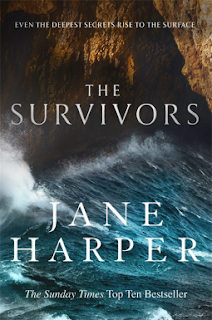 I’m in two minds on whether to post this now or wait till January 2021. Because this title is already out now and not. Confused? Well, the eBook version and Audiobook is out now yet the hardback is out in January 2021. So, in theory, I should put this up in the New Year. And yet, when have I ever done the sensible thing? Plus, as soon as I was approved to read this, I dived head-first into it as I LOVED The Lost Man (Jane Harper’s third novel and my first) so I wanna talk about!

Info dump time? I think it is!

Title And Author: The Survivors by Jane Harper

Bought, Borrowed or Gifted: eProof gifted by UK publisher via NetGalley in exchange for honest review/write-up, and audiobook was borrowed from local library via BorrowBox

Kieran Elliott’s life changed one horrible day when a mistake lead to devastating consequences that affected his family and his small coastal town even now, years later. When Kieran returns with his girlfriend and their new born, Kieran sees his parents struggling. Struggling with his father’s dementia, his mother’s grief and the loss of Kieran’s older brother, Finn.

When a body of a tourist is found on the beach the following morning, a murder investigation begins and long held secrets being to come to the surface. Secrets that go back to that fateful day that has haunted Kieran…

Now, before I go any further with this review, I must stress that I jumped between audiobook and ebook, but I mostly audiobooked this so bear with me as I explain my thoughts and feelings on this.

Now, I loved The Lost Man. That’s why I have (though not yet read) Jane’s previous novels, The Dry and Force of Nature (The Dry is actually going to be a movie starring Eric Bana and I want to read it before I watch it) and I was super excited to read this. And I enjoyed it, for the most part. But it didn’t exactly hit that sweet spot that The Lost Man did. Maybe it’s because I put pressure/hyped on this book up. Maybe it’s because I didn’t like the narrator of the audiobook (I will get this a paragraph or two). Or maybe there were aspects of this story that just didn’t click with me.

Let’s talk about the positives. Jane Harper’s writing is wonderful. Her slow burn of reveals and building tension are on point. If you are a fan of domestic thrillers, Jane needs to be on your radar. The same goes with making this feel Australian. There have been thrillers I’ve read in the past and you can go “Ok, if this was turned into the TV show or film, they could easily change the location of the story. (For example: The Girl on the Train is set in the UK, but the movie moved it to New York City). But here, you can’t. You have the film this in Australia as Australia is a character in the story. It would feel wrong to see this set anywhere else! 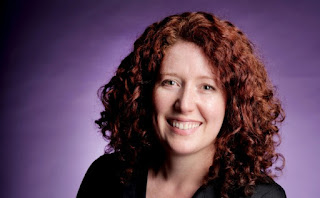 Plus, the issues of mental health. Like in The Lost Man, Jane tackles some big issues - young toxic mascuality, grief, guilt, dementia - and she tackles them with a gentle yet powerful hand. This is one of the things I loved with Lost Man, and am really glad this continued with Survivors.

And yet… Ok, let me get this out of the way. I didn’t like the audiobook. I never warmed to the narrator - Stephen Shanahan. I couldn’t tell the difference between the characters’s voices and, multiply times, I had to get my Kindle App on my iPhone open so I can double-check which character had spoken.

I think if I had read this and not mainly audiobooked this, I would have liked this a lot more.

There are a few things that didn’t work for me. I found the ending very abrupt. I get why, but I wished for one more chapter to see how the revelations effected everyone in the small town. I think this is the same with characters - there are a few characters I wanted a tad more from.

While this didn’t grab me like The Lost Man did (again, I’m blaming self for mainly audiobnooking this rather than primarily reading), this is still a great read and I can’t wait to find time to read the rest of Jane’s back catalogue!