How Broken Is The Raven? 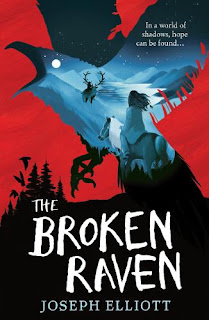 HAPPY FIRST BLOG TOUR OF 2021! I know! These first few weeks of 2021 are strange times (and after the horror that was 2020, we are all hoping 2021 will be better. Goodness, I hope so!!! Spoke too soon! on that front, haven't I?), so why not do a blog tour for the second book in the Shadow Skye trilogy, The Broken Raven by Joseph Elliott!
Hopefully, I will have read or am currently reading the first in this trilogy, The Good Hawk (last year really screwed up my reading plans, you guys!), so let me see if I can get this write-up right. After the events of Good Hawk (no spoilers!!!), Agatha and Jaime return to their clan as heroes. But when Agatha discovers a threat to their people, she unwittingly releases a power that could easily kill every living thing on the island. Her and Jaime must call on allies, old and new, to fight against this new threat.
All the while, Sigrid, a Norwegian girl with a strange gift, journeys to the court in Ingland where King Edmund is waiting...
I am thrilled to welcome Joseph to the Pewter Wolf Reads, where he has written this has found time to write this guest post for the tour about world-building! I can't wait for you guys to read it and then get on board and read the trilogy (don't break my heart like Michelle Paver's Chronicles of Ancient Darkness is currently doing! I CAN'T!)
Now, before I hand you over to Joseph, I just want to thank him for writing this post (I know you are super busy at the moment, so thank you!) and I want to thank Rebecca at Walker Books for allowing me to tag along with this tour. If you want more info on Joseph or just say hi, you can visit him on joseph-elliott.net or @joseph_elliott on Twitter. And if you want to know more about The Broken Raven, you can check out Walker Books.
Ok, over to Joseph and the world of Broken Skye!!! 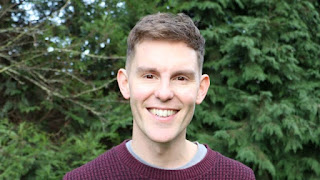 The Broken Raven is the second book in the Shadow Skye trilogy. The first – The Good Hawk – introduced readers to an alternate version of Scotland, known as Scotia. It’s a land geographically similar to the Scotland we know, but set in a time of warring clans, dark creatures and ancient magic. In The Broken Raven, the world expands as a direct result of the events that occurred in The Good Hawk; there are chapters set in Norveg – told from the perspective of a Norvegian girl called Sigrid – and there are also several chapters set in Ingland, a country that until now has only been spoken about in myths and rumours. There are several reasons why I chose to expand the world in the sequel. Firstly, it was a way to ensure I wasn’t just rewriting the first book, which was always one of my greatest fears – I wanted to inject new life and up the stakes. Secondly, I enjoyed creating Scotia so much that I wanted to set my imagination free in new lands; to explore their inhabitants and the differing ways in which they live their lives. The final reason concerns Sigrid, the new protagonist, who was the starting point for the whole novel. In The Good Hawk, the Norvegians – or the ‘deamhain’ as they are referred to by the Scotians – are all seen as ruthless marauders. I wanted to subvert this preconception by seeing the world through the eyes of a young Norvegian girl – one who doesn’t agree with the cruel, plundering ways of her king. It is through her that the reader is able to learn more about Norvegian society, and about Ingland too, after she is taken there against her will.

Although the series is not set in a specific historical period, I am constantly taking inspiration from history, most specifically the early Middle Ages. One of the best things (for me) about writing fantasy is that you have the freedom to pick and choose any elements from history that inspire you, and then use your own creativity to fill in the gaps. So if I was trying to decide how a particular community behaves, or what they eat or how they dress, I would often look at our own history and then appropriate the findings to best suit the story I wanted to tell. 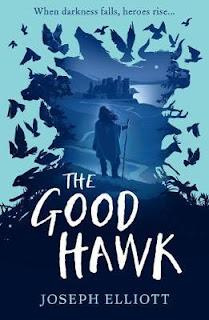 A key theme throughout the series is that of difference and acceptance, and one of the ways in which the books explore this theme is by exposing the characters to communities that have differing views to their own – whether that be in regards to big issues such as religion and sexuality, or more trivial things such as how they greet one another and what food they eat. As such, customs and traditions are integral to my world-building, and one of the elements of the books I enjoyed inventing the most.

Landscape and setting are also paramount to world-building. In The Broken Raven, I introduce many new locations including the muck-smeared capital of Ingland, the opulent palace of King Edmund, and the desolate north of Ingland, where a severe food shortage has driven some to cannibalism… Once again, my inspiration for all of these was a mixture of historical research, contemporary landscapes and my own creativity. My hope is that the resulting world feels both magically new and eerily familiar.