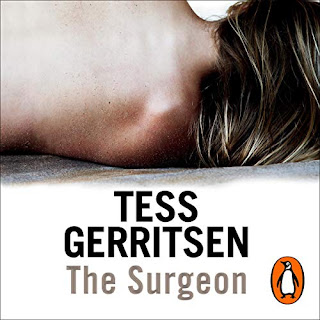 My first reread of 2021! And it's in one of my fave genres - crime and thriller. I admit that IO'm not exactly sure why I decided that I wanted to reread (via audiobook) The Surgeon by Tess Gerritsen. I haven't read this since, I think, when I first read it back in April 2006 (?). I usually read her later books such as Body Double (this I hope to reread later this year as well as Vanish and The Mephisto Club. I have really affection for Body Double and Mephisto Club, hence why these two are high on my To Be Reread List).
Now, if you don't know this book, let me get some info down and chat a little about the book.

Title And Author: The Surgeon by Tess Gerritsen

A serial killer is attacking vulnerable women in Boston. He tortures them, does medical procedures on them and then kills them, only to neatly fold their nightgowns and leave the scenes. All these attacks have horrible, if not exact, similars to a spare of killings that happening Savannah two years ago. Expect the surviving victim killed the perpetrator. But the final girl - a doctor now - is working is Boston and, the more the Police investigate the new killings, the more they realise that she is at the heart of it all.

I had a good time audiobooking this and returning to Tess Gerritsen. It feels like when I try her newer titles, I always feel a little let down but The Surgeon, though it's very cliché and you can tell it was written in the early 2000s (there was one chapter where characters explain what a chatroom was which, very new at the time, but a little dated now), was on form. You can see that, while writing romance suspense and medicinal thrillers before turning to police procedural, that Tess is on her way and finds her stride with this series when she writes the third and fourth books in the series, The Sinner and Body Double (I haven't read The Sinner, though I know I should. But I have read Body Double - my first Tess Gerristen novel, truth be told).

I do want to say that I have issue with this title being called the first Rizzoli and Isle thriller. Detective Jane Rizzoli is in this title as a police officer working on the Surgeon case but she, for a good chunk of the book, feels like a secondary character. It's as the book went on that she felt more important. Medicinal examiner Dr Maura Isles isn't in this book at all - she's introduced to the series till the second book, this book's sequel, The Apprentice. 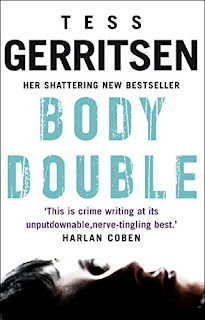 I forgot about the gender politics/work place bullying Rizzoli goes through in this book. There's a scene where someone puts a tampon in her bottle of water and she doesn't make a complain. One of her male co-workers sees this and is appalled, but Rizzoli points out that, if she makes a complain, people would call her "difficult", "not able to take a joke", and won't be offered the cases. Though we have come a long way in gender equality since this book was first published in 2001 (?), we still have a long way to go...

Compared to Tess's later books, this does feel clichéd but with her medical knowledge, this makes a standard serial killer story we read so often and make it something newer and gives it a different and darker edge.

Not my fave of her works but it's a solid start to a series. Though, I do agree with most people that I am glad this wasn't my first Gerritsen as I'm not sure if I would have continued reading the series if I had.