Shocktember - The Man Who Died Twice 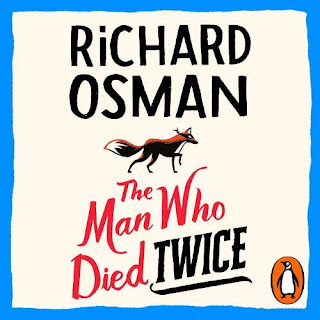 Ok, this was meant to be my last Shocktember audiobook. This was meant to be last month so you can't have a go at me for this being late! I finished this on the 1st October! I was ONE DAY OUT! But, oh, I had fun with this.
Ok, getting away with self. Before I go any further, just want to quickly say that I think I said multiply times in my write-up of The Thursday Murder Club, this isn't going to be everyone's cup of tea as this series is very much a cosy crime/murder mystery, and I know many of you like your crime with a bit of darker edge. And yet, here we are. The second Thursday Murder Club book and yes, I preordered this!

Title And Author: The Man Who Died Twice by Richard Osman

Bought, Borrowed or Gifted: eProof gifted by UK publisher in exchange for honest review/reaction while Audiobook’s bought via Audible.

Days after the events of the first book, Elizabeth receives a letter. A letter from a man she knows is officially dead. But when she meets the man, she is surprised to see it's not the dead man, but someone from her past. A man she wants no involvement in, but finds herself helping out after he tells her his story. A story containing stolen diamonds, a violent mobster, his life in real danger and MI5.

Of course, this is a case for the Thursday Murder Club - aka four seventy year olds known as herself, Joyce, Ron and Ibrahim - and friends of the club (Bogdan, Donna and Chris). But when one of their members is violently assaulted and the attacker looks like they're going to get away with it, the club go to lengths to make sure that doesn't happen...

I am going to say it: I enjoyed this one so much more than the first and I have no idea why. I just clicked with this more. I wonder if it was because the first had so many characters and scenes thrown at the reader and yet, in here, this was much more gentler and more character driven, somehow. More comforting, in a way I wasn't expecting.

I, also, feel that this book fleshed the characters and the situation out more with our main leads. They didn't feel flat or had one trait that overrode everything. Elizabeth is ruthless, but we see her softer, kinder side with her husband who's suffering with dementia but her friends, Joyce who falls in love at a drop of a hat but deeply cares for her friends, Ron who is loud and hugely outspoken but is hugely protective and will go to lengths to protect the people he cares and Ibrahim who is the smartest man in the room but can be hugely vulnerable.

The attack on one member of the Thursday Murder Club really shocked me and it took me a while to forgive the author as it happened to one of my fave characters, but I see that this attack triggered so many events within the book so, while important, came so out of the blue.

I keep coming back to the word "comforting". This felt comforting. I listened to the audiobook to and from work (40-odd minute round trip) and the short chapters with their mini cliffhangers made great listening, though I kept going "Maybe one more chapter..." (not great near the end of the book seeing as the UK entered a petrol crisis but ha-ho!)

This book feels like the book where the author has figured it out with his characters and his plot. Even the narrator of the audiobook found her stride in her reading as it felt effortless to listen to. 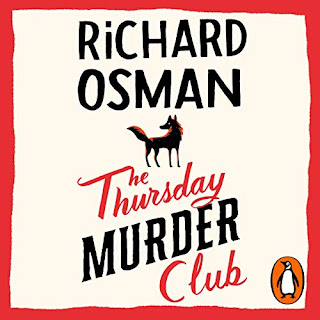 I do like the hints of where the series is going to go with certain characters (is that a possible romance, I sense?) and I did have a moment while listening where I went "Oh crap, I'm in this for the long haul, aren't I?".

However - yes, there is a however - I do worry over one or two elements in this series. In the first book, I did worry about how the issue of Elizabeth's husband and his dementia was going to be address. I still have that worry as there were times that it came across as a bit of comedic relief. However, while some scenes with Elizabeth and her husband, Steven, were funny, we also saw some heartbreaking moments where we see Elizabeth fear of losing Steven and the struggle she has in talking to her friends about it. It's a fine line here to write funny and tragic, and dementia is a horrible disease. I don't want to read future instalment where the author lose sight of that.

But, I'm in. I am totally in with this series as this was comforting, fun and easy. I am hugely intrigued to see where this series is going to go. Is it too soon to preorder the third instalment on audiobook?
Posted by Pewter Wolf at 07:30:00