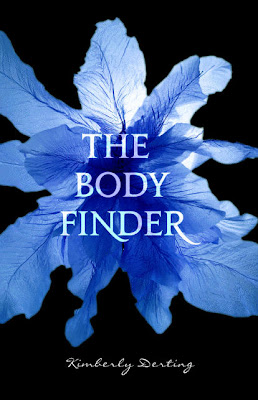 I finished this book a few days ago and decided that I would take a day or two before I would attempt to write a review for this book. So, let's start, shall we?

Violet Ambrose is your typical teenage girl. Expect she has problems. First, with her best friend, Jay. She started to habour a crush on him. A HUGE crush on him. But she doesn't want to ruin her friendship with him...

Second, she has a morbid secret. She has the ability to sense dead bodies. For most of her life, she has see/hear/taste “echoes” on murdered creatures and she can sense the same echo of the murderer. Mostly her pet cat and dead birds and dead mice.

Expect, now, there's a serial killer on the loose. Praying on young girls and, for once, Violet thinks she can use her morbid gift to tackle down and stop the killer.

But she has to be careful. Because, if she isn't, she could be next on the serial killer's list...

Okay, I LOVE this book! Seriously, I love it! And am ashamed that I had this book for the last few months (imported it from the States in month of May/June), but I had a huge book pile to read. Then I went through a phase of not reading anything. So, after picking books up and putting them down, I decided to attack The Body Finder. And I fell in love with its dark and twistyness. 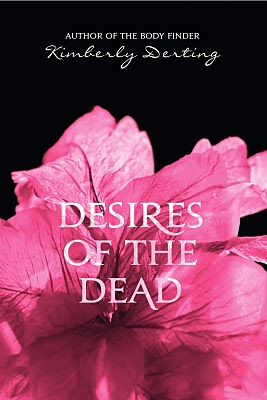 What I found so interesting about the book is the idea of tackling the issue of serial killers. I don't think any YA books have ever touched on this. Plus, having chapters (which I always saw as interludes), told for the serial killer's point of view, I found quite chilling and had me on the edge of my seat/bed.

But the love story element... awww! Am saying nothing, though. Don't want to spoil it for anyone.

I love this book (am beginning to go “read it” to my friends) and I hunger for the next book in the series, Desires of the Dead. Believe me, if the scary serial killer storyline doesn't grab you, the romantic will!

PS – The Body Finder is out in the UK next month (November) and Desires of the Dead is out in March of next year (for both the US and the UK - YEAH!!!!)

PPS – I have added two interview videos so you can hear what the author has to say. ENJOY!

Argh! I don't have a song for this book, which I usually do! *manically goes through my iPod for a cool song* Okay, I chose two songs and am leaving it up to you which song is this book's theme song.