I am THRILLED to have Jeff Norton, author of the MetaWars series and the soon to be released Memoirs of a Neurotic Zombie, take over the blog today! I would like to thank Jeff for finding the time to write this (if you look on his Twitter in the past few days, he's be Zombie-fied!) and for Hannah for setting this up! You guys rock!

‘Memoirs of a Neurotic Zombie’ is the first book I’ve written in the first person, and the writing process required me to leave Jeff Norton behind and to become someone called Adam Meltzer, a twelve-year-old boy with OCD…who rises from the (very dirty) grave as a zombie.

Now, if you’re familiar with my previous books, you’ll know the MetaWars series are in the third person, and I shift perspective between characters as the story demands it. Those stories happen outside of me. I’m an observer, not a participant. It’s like the events happen right in front of me and my job - my solemn duty - is to document them in the most honest, truthful, but exciting way possible.  I’d say that my style on MetaWars is journalistic. I sometimes imagined I was shooting a documentary (set in the future) and I transcribed what I witnessed through the lens.

But writing in the first person is very different. Adam Meltzer grew from within me – he spoke through me - and I became the vessel for his voice.

And this book is all about Adam’s voice.

I channel him from somewhere, I’m not even sure where (probably a combination of my own teenage life and a fabricated alternative reality), and his unique outlook on the world bubbles up from my head and my heart and surges into my hands where my fingers type his musing into my well worn Macbook Pro. It’s all internal to me until I hit the keys. 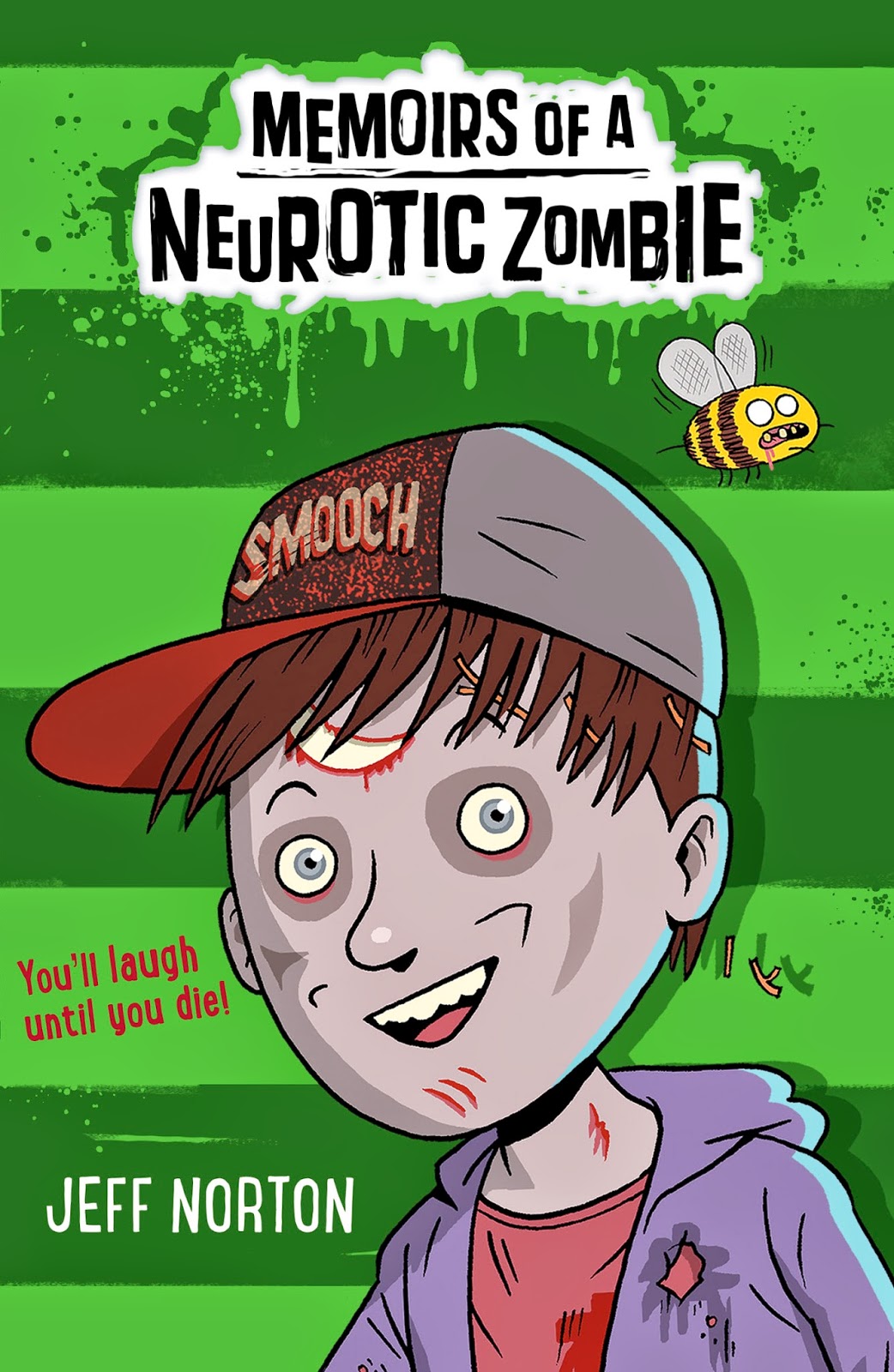 When I was Adam’s age, I used to think I’d become an actor. In fact, I remember very clearly in sixth grade, imagining what I’d be doing as an adult for a time machine project(which I still have!) and I drew an image of me cutting the ribbon of some future World’s Fair as a famous actor.

I left those acting dreams to people far more talented in that demanding arena, but in a way, I’ve finally become an actor…as a writer. I’ve chosen to become someone else, to live someone else’s (after)life on the page to bring their story to life. And it’s an incredibly satisfying – and quite addictive - feeling to leave oneself behind and to become a character.

Now, does anyone know of a ribbon that needs cutting?

Jeff Norton’s ‘Memoirs of a Neurotic Zombie’ publishes from Faber on 7th August. Jeff is on the web at www.jeffnorton.com and tweeting as @thejeffnorton.
Posted by Pewter Wolf at 12:00:00