As you should know, I am a huge fan of The Snow Child by Eowyn Ivey. I fell in love with this quietly beautiful book (I believe I actually used in my review in 2012 when this book was first published. If you want to read my review, check here!).

Anyway, I was on bookbridgr and I saw that they were doing a new cover and I had to get involved in showing it to you. So, here's the new cover! 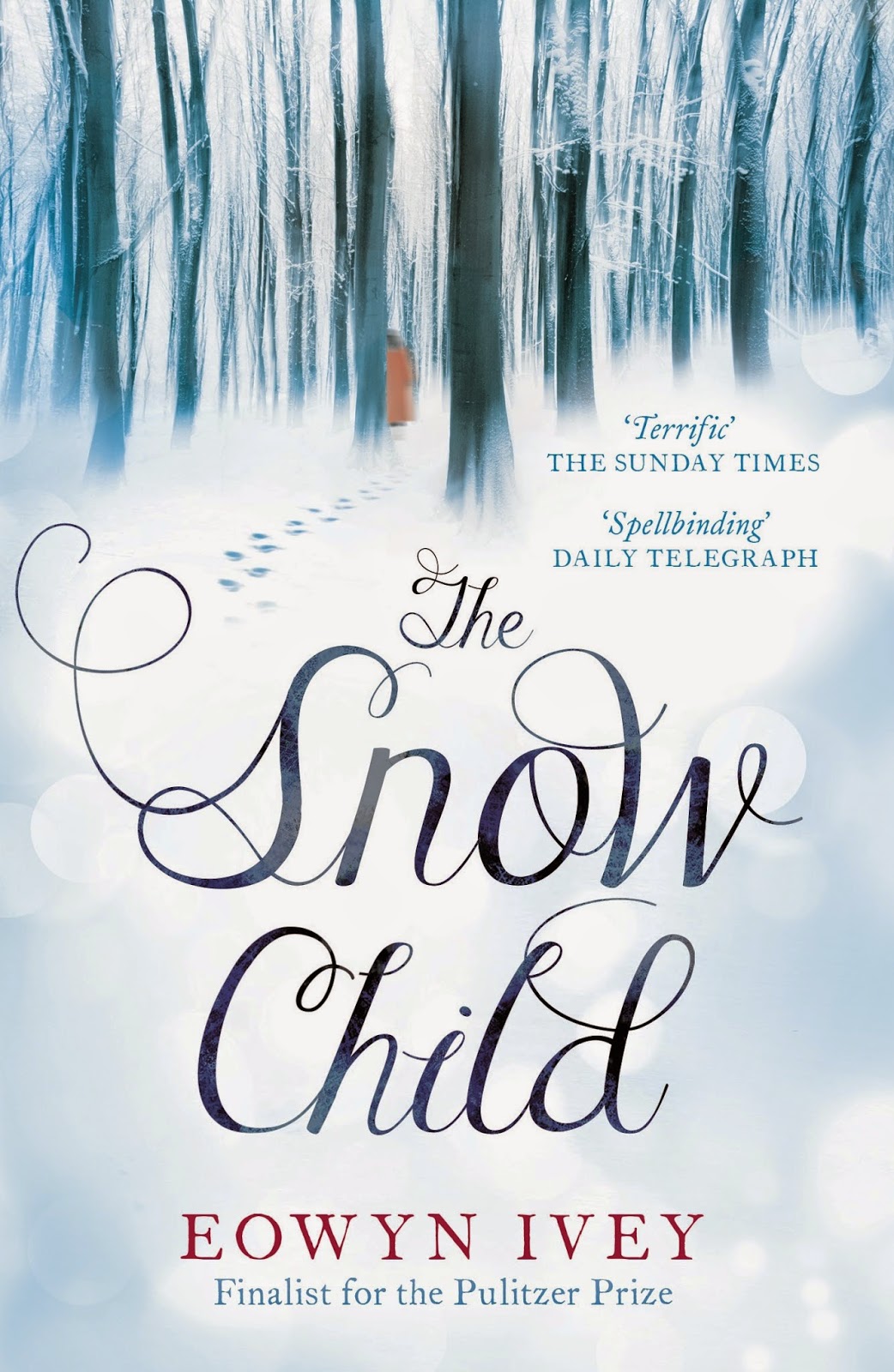 Now, I love the original cover, but this is just as pretty! I love the eeriness of the footprints and the dash of red, but it still catches the magic of the story.

Also, bookbridgr has allowed me to show you guys an extract! I hope this wets your appetite (and I reread it and wailed "BOOK 2, EOWYN! I WANT YOUR NEXT BOOK NOW!!!)!


‘I am the little daughter of the Snow,’ she replied to everything, and she ran out into the yard into the snow.
How she danced and ran about in the moonlight on the white frozen snow!
The old people watched her and watched her. At last they went to bed; but more than once the old man got up in the night to make sure she was still there. And there she was, running about in the yard, chasing her shadow in the moonlight and throwing snowballs at the stars.
In the morning she came in, laughing, to have breakfast with the old people. She showed them how to make porridge for her, and that was very simple. They had only to take a piece of ice and crush it up in a little wooden bowl. Then after breakfast she ran out in the road, to join the other children. And the old people watched her. Oh, proud they were,
I can tell you, to see a little girl of their own out there playing in the road! They fairly longed for a sledge to come driving by, so that they could run out into the road and call to the little snow girl to be careful.
And the little snow girl played in the snow with the other children. How she played! She could run faster than any of them.
Her little red boots flashed as she ran about. Not one of the other children was a match for her at snowballing. And when the children began making a snow woman, a Baba Yaga, you would have thought the little daughter of the Snow would have died of laughing. She laughed and laughed, like ringing peals on little glass bells. But she helped in the making of the snow woman, only laughing all the time.
When it was done, all the children threw snowballs at it, till it fell to pieces. And the little snow girl laughed and laughed, and was so quick she threw more snowballs than any of them.
The old man and the old woman watched her, and were very proud.
‘She is all our own,’ said the old woman.