GoodRead - Shadows On The Moon 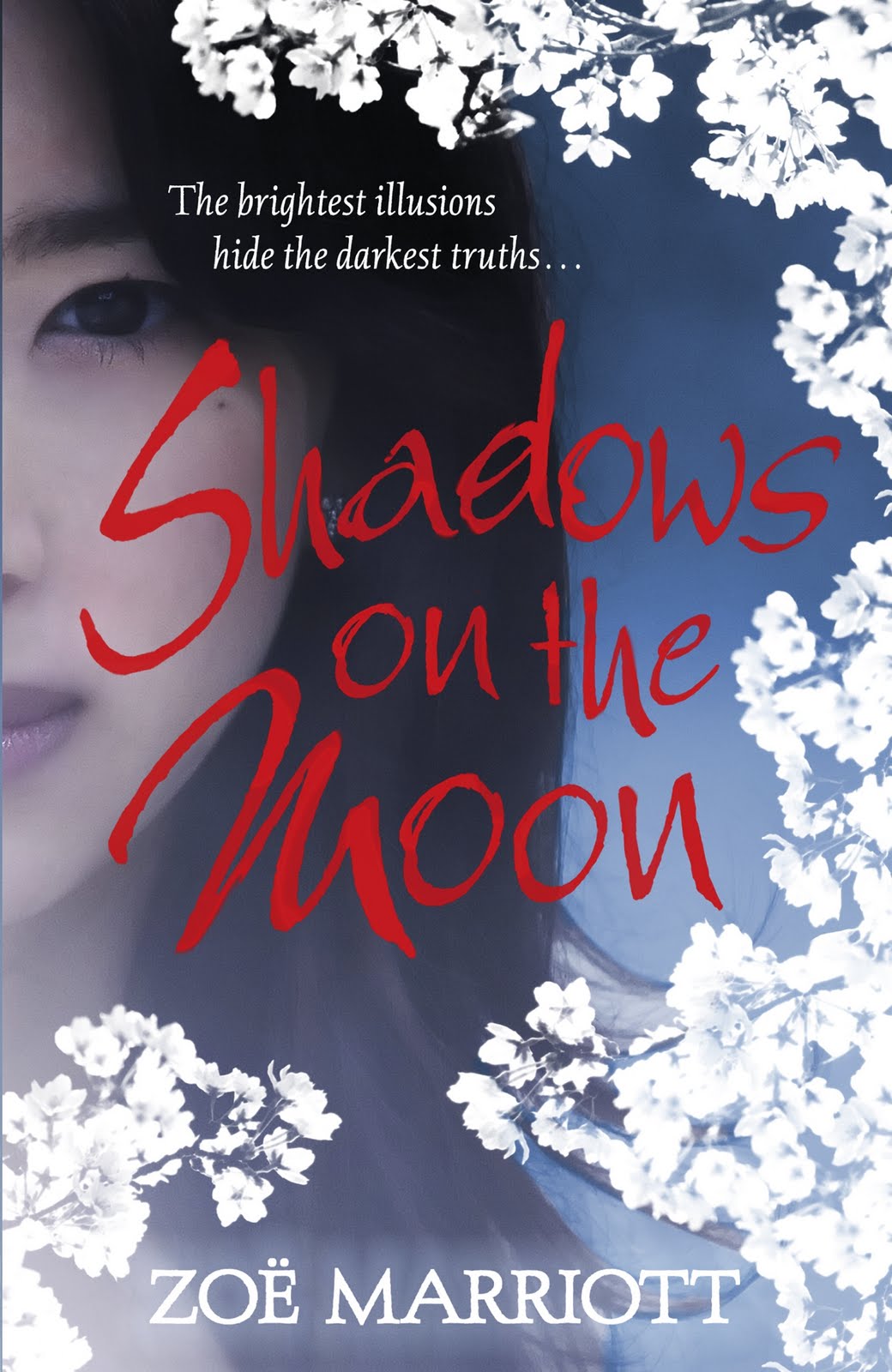 This feels like one of those books that EVERYONE has been demanding that I read. I remember at my first Book Blogger event linked to this publisher, I mentioned that I hadn't read Zoe Marriott and the look I got from people... The less we say about that, the better.

That was a few years ago and, since then, I have read three of Zoe's books - Frostfire, The Night Itself and Darkness Hidden (reviews for all three are here, here and here) - but it was when I was at the Zoe Marriott event a few weeks ago at Walker Books HQ (not read my write-up on that? Here you go! ENJOY!) and I told several people that I was going to read it over Christmas. Including the author.

NO PRESSURE AT ALL FOR ME TO READ THIS, THEN?!

But the impulse to read it came sooner than I expected so I just grabbed my copy and began to read.

In this re-imagining of Cinderella set in fairy-tale like Japan, Suzume saw her father and cousin murdered before her eyes. She was meant to die to, but she escaped with a gift she didn't know she had - shadow-weaving. But when her mother remarries, Suzume find herself unable to cope and soon, she finds out the depth of the betrayal against her family and, fleeing for her life, she vows revenge...

I really REALLY like this book and this retelling of Cinderella where our lead wasn't some "weak female lead". Yes, Suzume is flawed but she is relateable and you root for her. You might not agree with what she's doing or how she reacts at times, but you're with her and you understand why she's doing the things she does.

I really liked the world Zoe built. The world of ancient Japan which has a slight tilt to it. And learning about the culture (which Zoe must have researched for hours) came across beautiful. It felt like something out of a movie. I could imagine this translating very well into film - if that happens, can we have it like House of Flying Daggers? (This has to happen! I will champion this! LET'S MAKE SHADOWS ON THE MOON A MOVIE. AND NOT AN ENGLISH-SPEAKING MOVIE BUT A JAPANESE SPEAKING MOVIE!

One of the things I adore about this book was how diverse the book's characters were and their attitudes. All the characters were non-white (nearly all the characters were Japanese with several characters were black) and the book has a strong mix of LGBT characters (one of these happens to be my favourite within this book. I love her more than I do Suzume and Otieno, and I kinda want Zoe to write more about her!). While the tide is turning in YA to have strong and interesting characters tackle the issues of race and sexuality, -It's still rare to have a book tackle these in the way Zoe did. And this was first published in the UK in 2011 so this was a brave move for the publisher back then...

Another thing I am very pleased over was the issue of self-harming. Now, I normally stay away from books in which self-harming is involved, but Zoe handled this topic with sensitivity and the respect it deserves.

This book isn't perfect - it took it's time to get to where I thought it would be (but that's due to character developement and I never felt bored by this, unlike other books I have tried to read in the past) and there was a few occasions that I felt that things were a tad too convenient for Suzume and Otieno

But yes, this book is very important. I like it a lot and I sense I shall be forcing it into people's hands in the near future. Soon, I shall read all Zoe Marriott's books... That's the plan.