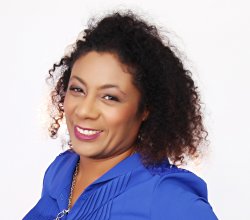 Due to the hiccup last week with my #LostAndFound post (sorry everyone involved in this tour), I am happy to report that this is going live today and I would like to welcome Patrice Lawrence, author of Orangeboy, to the Pewter Wolf!

Apart from have that awesome cover (have you not seen it?!), Orangeboy is a story that follows Marlon as he tries to struggle with family and friends, especially his relationship with his older brother, Andre. This book, also, tackles the subject of gangs, something Patrice Lawrence is surprised over when people use that word to describe the book (you'll find out why in a few paragraphs time!).

And, because of this, Patrice did research on this subject matter and this is what Patrice has kindly wrote for our stop of the #LostAndFound tour! This post is a really fascinating read, if I do say so myself.

Now, before I hand over to Patrice, I must thank her for writing this. I know she has been very busy lately so how she found time to write this is beyond me. I must also thank Michelle from Tales of Yesterday for setting this tour up and asking me to be involved. Thank you both!

Now, with no more delays, over to you, Patrice!

How I Learnt About Gangs 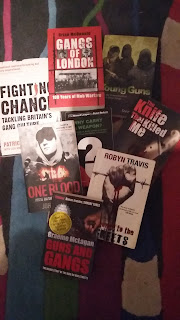 Last week I interviewed N about the time he spent in prison. This was not for writing purposes, but for my ‘day job’, working with organisations that support the families of prisoners.  However, it was hard not to imagine N as a character in Orangeboy.

N grew up in south London, achieved well at school and had the skill and potential to be a professional footballer. However, the real superstars in his neighbourhood were the gang guys. They had the money and the girls. Gradually, he became part of a group of people connected by neighbourhood and family links, also known as a gang. He started with street robbery and graduated on to stealing cash boxes as security men transferred them from shops to vans.  To me, it sounded like a brutal, unpleasant world where disputes could end in murder. It was also a world of high pay outs and excitement.

I couldn’t resist asking him one thing, wondering if I had got it right in the book. Does he remember the first time he picked up a knife? Yes. He took one from the kitchen drawer, weighing up the big and the small. Could he hide it?  Would it intimidate?

I am still a little surprised when Orangeboy is described as a book about gangs. Marlon, my main character, isn’t in a gang. His world is Star Trek Enterprise not joint enterprise. He is named after the actor playing Superman’s dad in the 70s films and Isaac Asimov, the man responsible for the three laws of robotics. He imagines astronomers on Alpha Centauri. Marlon’s mum is a librarian.

But even then, Marlon opens that drawer and takes out that knife.

I wrote many drafts of Orangeboy and it took me a while to work out who Marlon’s enemy was. Who was he running from – or, indeed – to?  I ended up writing about three pairs of brothers, Marlon and Andre, Louis and Sharky, D-Ice and Tayz, three of them struggling to deal with the burden of a brother’s behaviour. How does your family shape your choices? 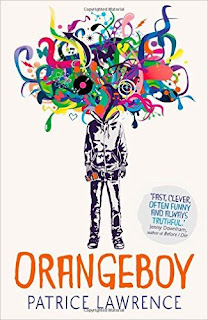 The gang – and I still feel awkward saying that word – element evolved, perhaps seven or eight drafts in. So it was time to research. I was recommended a fiction book – Anthony McGowan’s The Knife That Killed Me. It helped me get in the head of a teenage boy whose choices aren’t as clear cut as they seem.  There are, I found, an impressive number of investigative journalists dipping their toes into gang life.  All referred to ‘gang activity’ in the area where I live, so I supplemented their reports with Robyn Travers’ Prisoner of the Streets, a memoir of an angry young man with a tough family background who is drawn into territorial violence . For many reasons, I found it a hard read, but it influenced the person that D-Ice became.

More than a decade ago, our main road was referred to as Murder Mile. There is still the occasional drama and, sadly, tragedy. But the shots these days are from single estate coffee beans. But the one thing that my reading taught me, was that gangs have been part of London’s fabric for a very long time, because many young people’s choices are truly not as clear cut as they seem.
Posted by Pewter Wolf at 07:30:00