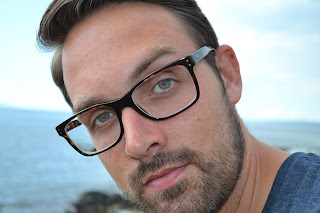 Today, I would like to welcome Martin Stewart to the Pewter Wolf!

Martin is the debut author of Riverkeep, a story that follows Wull who is dreading taking up the family role of Riverkeep, tending to the river and fishing out corpses. But one night, his father gets possessed by a dark spirit and Wull has to go downriver to find a cure. If he doesn't, he will lose his father forever...

Now, I am very lucky that people at Penguin asked if I wanted to read Riverkeep (which I plan to read in the depths of winter - this feels like a wintery read, with hot chocolate and a chill in the air. Trust me, am going to read this before the year is out!) and, because of me going "Hell yeah!", I somehow managed to get this piece for the blog about Riverkeep and what aspects of the story inspired Martin.

Now, handing it over to Martin!

Before I was a writer, I was an English teacher, which I loved… but I’d always wanted to write. I scribbled away in the margins of my life―late at night, I’ve never been an early bird―and produced a few books that were pretty good, but never got out of the drawer.
Then a few things happened that changed how I wrote.
My grandfather died in 2010. He’d been a robust man, and I watched him fade painfully away over a few years. Even at my remove―we didn’t share a home, and I wasn’t directly responsible for his care―it was painful. Among other things, he suffered from mild dementia. I saw how it impacted his personality and behaviour, and how that change impacted on my grandmother.
And at the same time, my consciousness was raised to the number of young people acting as carers for a family member. Young people, children, dealing with all the trauma I’d experienced and more, and in such close proximity―taking responsibility for an older relative’s well-being at such a young age.
Seeing young people cope with these invisible challenges with such maturity and strength shocked and inspired me. They are an army of silent heroes, taking care of the people they love, and I knew I wanted to pay tribute to that commitment at some point in my writing. 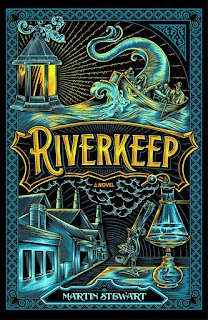 Riverkeep, then, was the outlet for the inspiration of the young carers’ courage, and this is what fiction―and fantasy fiction in particular―can do: allow us to explore a real world issue by holding up a mirror to our reality, and as readers we are required ourselves to slip into the skins of the characters, to see as they see and feel as they feel. Writing it helped me understand the purpose of my writing, and what I was trying to achieve―empathy, and an emotional connection between my reader and the characters. I realised that the books I’d written before were little more than plots; delivering only a series of events rather than the deeper, emotional experience we crave as readers.
As well as the immense quest he undertakes, Wull has to care for his father, whose possession by a skin-wearing creature is manifest in a behavioural change similar to a dementia patient. As he cares for his father, Wull has to negotiate a battle on two fronts―the outside world and his domestic duties―and he achieves something extraordinary, harnessing a courage he didn’t know he possessed to discover a world filled with possibility, and love.
I hope people are moved by what he endures, and the strength he shows. That’s what we’re all looking for, after all, as readers and writers―those moments that still sting our memories weeks and months and years later. They’re what writing is all about.
Posted by Pewter Wolf at 07:30:00