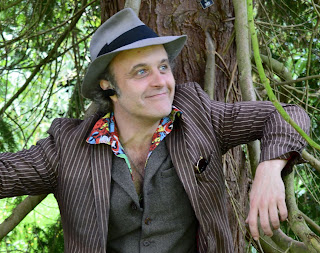 Today, I would like to welcome Andy Robb to the The Pewter Wolf.

Andy Robb is the champion of the UKYA Blogger Awards and is author of the Geekhood books. And now, Andy is releasing his new novel (deep breath time!) The True and Untold Story of the Outlaw Tam Barker!

A strange mix of sci-fi and western (so, am imagining Firefly [never seen that show. Is it good, Internet?]), Tam is the last librarian and must some protect a book and return it to the Library. Sounds simple, right? Well... dark forces in her world are after the book and, oh yeah, the book is very, very special.

So, when asked if I wanted Andy on the blog, I jumped at it and did my normal thing of going "if Andy has time to talk music, I would love that!". And Andy did - with the added extra of movies! Andy, you are spoiling us!

Before I hand over to Andy to talk about movies and music that made this story, I just want to thank Andy (for writing this post - oh! If you fancy checking Andy out online, check out his website & Twitter.) and Laura (for asking if I wanted Andy on the blog - though she knew the answer to that!)


The Movies and Music that made the Last Librarian
The character of Tam Barker, the Last Librarian, from my latest offering, The True and Untold Story of the Outlaw Tam Barker (TAUSOTOTB), started out as a loose idea that rumbled around in my head for a long time. But something happens when there’s an idea trying get out; in some weird way it starts telling me how it wants to look, long before I’ve started writing it. I’ll start watching particular films and TV shows, start reading particular books and listening to particular music. It tends to be only after the final full-stop’s been put in that I can then start to work out what each component added to the mix. So, here’s a look at the movies and music that made the Last Librarian. 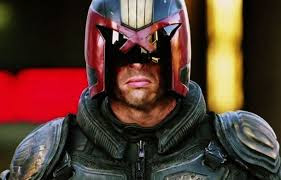 Dredd
I was a keen 2000AD fan as a teen – especially the Judge Dredd comic strip. I’d seen the Stallone movie back in the day, but wasn’t that impressed by it – especially when Dredd took his helmet off, breaking the unwritten law of the character. When Karl Urban’s Dredd film came out, I watched it and loved it. Not only was the character of Dredd completely loyal to the strip, but they managed to capture a lot of the mythology of Mega-City One. In TAUSOTOTB, I was reacting against a set of events that had hit the headlines: library closures, limits on school reading lists, book bans in prisons – the kind of stuff that reeks of a dystopian future, but happening under our noses. Dredd became a regular watch and helped structure the backdrop against which Tam hunts down banned books.

Pale Rider
I’ve always loved a Clint Eastwood movie; he set the template for the mysterious, avenging, cigar-chomping, gun-toting anti-hero. What’s especially intriguing about his characters is we know little or nothing about them. They appear devoid of emotion and with no back-story. Yet still we’re on his side, somehow knowing that he’s pitched-up to right some wrong, in his own, bullet-blasting way. With Tam, I wanted to create the female equivalent, but to take it to the extreme. Tam’s past has been erased from her memory and part of her story is to find out who she is: a goodie? A baddie? I also wanted to make her a product of her environment. Tam’s actions and reactions aren’t particularly male or female – she just works of what she’s known since she became a Librarian: books, bullets and blood. Having said that, there are momentary glimpses of the girl she once was, before Central Library erased her past. 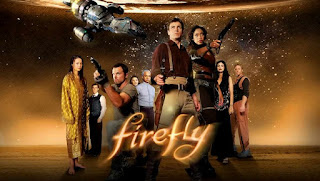 Firefly
The best thing for me about this show, characters aside, is the complex and conceivable culture that it represents. Even the language they use is informed by events in the Firefly ‘verse. I probably watched Captain Mal and his crew more than is healthy, but it also gave me a grip on how writers can build up a credible world in which their characters exist. On top of that, it was good to see the differences in the way people speak, which is probably most evident in Jangles, the stuttering Drifter who becomes Tam’s unwilling partner in the hunt for a fabled and dangerous book.

Let’s move to the music. I like to have something in the background while I write; something that evokes a specific ‘feel’ for the thing I’m writing about.

Achtung Baby – U2
I remember being blown away when this album came out, in the 90s. U2 had reinvented themselves, from a rebellious band of balladeers to a leering, posturing caricature of what a rock band is. Gone were the acoustic guitars and the lilting melodies, replaced by the crunch and grind of hard riffs and a thundering bass. The whole thing, from the distorted vocals to the wasteland drums, sounded industrial, somehow; hinting at a dark and unfriendly future. The Fly and Mysterious Ways are two standout tracks – but the whole album’s a blinder. 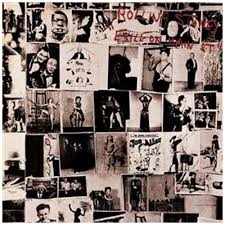 Exile on Main Street – The Rolling Stones
One of the ‘big three’ of the Stones’ catalogue. There’s a definite ad deliberate western feel to TAUSOTOTB and some of that has been soaked up from this album. Exile is a sprawling, dirty, pleasingly-messy album, with some of the best undiscovered gems in the whole Stones canon. Recorded in France, Gram Parsons (of the Flying Burrito Brothers) was hanging out with the band and passed his love of country music into Keith Richards who, up until then, was more of a devotee of Blues and Rock and Roll. Exile marks a real shift for the Stones and is loaded with class tracks – although, I’d recommend Sweet Virginia, for those who just want a taste.

War of the Worlds – Jeff Wayne
This album also saw me through the Geekhood books, but I’m not sure why. It might have been the love-story element; two people trying to get together, against all, unearthly odds. With this book, I wanted to stay away from the romance aspect. In many ways, Tam hasn’t reached that stage in her head and she’s not even sure of her sexuality. In many ways, she’s fearful of the whole idea and keeps it all covered up, beneath her gun-slinging persona. The bond she develops with Jangles is the closest she’s been to someone since becoming a Librarian, but it’s the intimacy of friendship, rather than romance. Funnily enough, it was the velvet-black voice of Richard Burton that seemed to resonate the most this time; his Welsh accent barely discernible amongst the grit and the gravel. It was that haunted, haunting sound that I wanted the world of the Last Librarian to reflect. The one line that really stands out for me is when he describes the silence in London, after an attack by the Martians: “a gaunt quiet.” Doesn’t get much better than that.

There you go. Those are just some of the elements that got together and helped me write this book. I hope you enjoy it and I hope the message rings as loud and clear as a shot from Tam Barker’s Smartgun.
Posted by Pewter Wolf at 07:30:00

Email ThisBlogThis!Share to TwitterShare to FacebookShare to Pinterest
Labels: Andy Robb, Guest Blog, The True and Untold Story of the Outlaw Tam Barker