Audiobook Review - The Book of Life 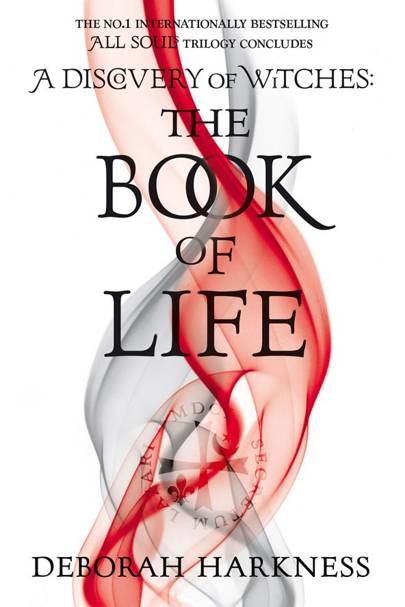 Just when you thought I wouldn't be finishing this trilogy before I go on my blog break in early April (I will be talking more about that later this month so hold your horses there), I did it! I FINISHED THIS TRILOGY!!!

Ok, quick history lesson time (again). I first audiobooked the first book in the All Souls trilogy back in 2011 and, while I did like A Discovery of Witches, I decided that I wasn't going to rush into audiobooking the rest of the trilogy, just because. Fast forward to last year and, because I was going through a bit of an audiobook binge, I decided to relisten to A Discovery of Witches and while I think I enjoyed it more the second time round, I wasn't going to rush into reading/audiobooking the rest of the trilogy. There was no rush, but I knew I wanted to. Jump forward a few months later and I bought (due to a hiccup with my Audible credit), both Shadow of Night and Book of Life. Last month, I blitz listening to Shadow of Night and went "Ok, I need a small break before I start Book of Life." ... I didn't even last 24 hours!

So here we are with the third and final book in the All Souls trilogy. Now, seeing as this is the final book in the trilogy, there is a lot of spoilers so sorry if I let something slip. But after the events of Shadow of Night, witch Diana and vampire Matthew time travel back to the present from Elizabethan London, to be reunited with family, friends and loved-ones - barring one heartbreaking exception. But before either can given, they have to deal with crises old and new, the two must from the missing pages of Ashmole 782 and the book itself. But with enemies coming at them from all sides - via politics and revenge - can Diana and Matthew's forbidden love for each other survive...?

I have to admit this that, while I do have problems with this series, I had a really good time getting sucked into the story and this audiobook was no exception. It has the same things I like about it that I do with the Queen of the Tearling trilogy. It was deep, rich with detail, complex and a joy to listen to. I liked returning to these characters and them trying to figure out what they were going to do and how. There's something about this series I thoroughly enjoy.

I was surprised how much I like how the story was broken down. Most of the time, Diana was telling the story but, every now and then, we had a break and the story was told in third people, following Matthew for one reason or another. It made sense to do this and this is something Deborah did in Shadow of Night.

I did listen the reader of all three audiobooks in the series - Jennifer Ikeda - though the one time my Other Half heard it, he did go "What the hell is that?!". But I think because she had stayed within the whole trilogy, I was used to her and liked how she read it.

I do have problems - don't I always? It seems to come under one thing which is something I have mentioned in every write-up I've written for this trilogy and that is detail. These books are quite long and there's a lot of detail. At times, it can be too much and I wonder on if some details were removed, would it effect the story that much?

Another thing I was a bit "Oh" over. And that was Benjamin. I know he appeared, very very briefly, in Shadow of Night, but it was a blink and you missed it. So when it's revealed how involved he is within the whole trilogy, it's a bit of a bolt from the blue and I wished there was more clues to hint at his importance.

So, with the TV series coming to Sky One coming out at the end of the year and the companion novel - Time's Convert - following Matthew's son, Marcus, and his human fiancee, Phoebe, it's going to be interesting to see what happens next. Am pretty certain I am going to be reading Time's Convert and I kinda hope Deborah does write more companion novels on other characters within this world (I would love there be the novels about Galloglass, Ysabeau and Phillipe, and Fernando).

While this trilogy isn't exactly perfect, I had a great time listening to the three audiobooks and and am intrigued to see what Deborah Harkness does next...
Posted by Pewter Wolf at 07:30:00

Email ThisBlogThis!Share to TwitterShare to FacebookShare to Pinterest
Labels: A Discovery of Witches, All Souls, Audible, Audiobooks, deborah harkness, GoodRead, Headline, reading, review, Shadow of Night, The Book of Life