The Five Thing About Trixie... 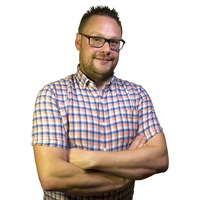 I am really excited to get into the Halloween spirit (in theory, I love Halloween. In practice... not so much...), so when I was asked if I wanted to be involved in the Halloween Parade blog tour, I jumped at the chance!

With vibes of the Worst Witch, this follows Trixie Grimble, the newest student of the Monstacademy. With her being the only ordinary girl in the student body full of monsters, Trixie has to get to grips with helping out with the annual Halloween parade. Expect that's when everything starts going wrong.

Today, I have the author, Matt Beighton, doing a small list of five things you need to know about our lead character, Trixie Grimble. Am going to say nothing more about it, as I don't want to say anything...

So, thank you Matt for writing this list for the blog tour. I know you are very busy. I, also, want to thank Faye to including me on this tour - thank you Faye.

Oh, before I go any further and hand you over to Matt, I have to mention something in my best QVC voice. The series is available in both standard and dyslexia-adapted format (YEAH! More books should be adapted for dyslexic readers! As someone who was classed as a borderline dyslexia when very young, this is very important to me!). And, to celebrate Dyslexia Awareness Week (Monday 1st October to Sunday 7th October 2018) and World Dyslexia Awareness Day (Thursday 4th October 2018), Green Monkey Press is giving 15% off any Monstacademy order via their Etsy if you use the code DYSAWARE during that week (1st till 7th October). Go to https://www.etsy.com/uk/shop/GreenMonkeyPress

Ok, with that out of the way, over to Matt with the five things you need to know about Trixie... 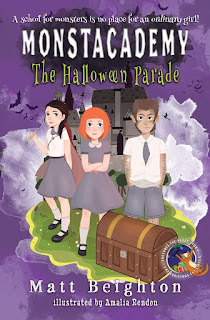