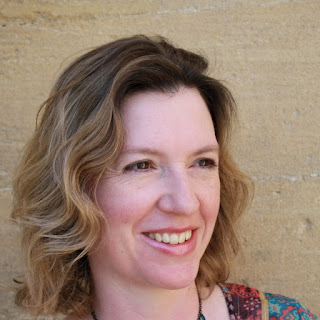 Do you have a favourite fantasy world? Maybe you like Tolkien’s vast and detailed Middle Earth, or Rowling’s Wizarding World, or the dragons-and-sword empires of Game of Thrones? Or maybe you prefer the steampunk vision of Mortal Engines, dystopian Hunger Games, or the topsy-turvy world of Gaiman’s Neverwhere? And I shouldn’t forget the worlds you might have met as a child – Narnia, Oz, Charlie’s chocolate factory, and the Shrek world of fairy tales. I could go on and I am still unlikely to hit upon your favourite because there are so many from which to choose. Every fantasy book has its own universe. It’s rather like playing ‘Splat the Rat’: it is nearly impossible to come up with guesses fast enough to make a hit on the very one you are thinking of right now! 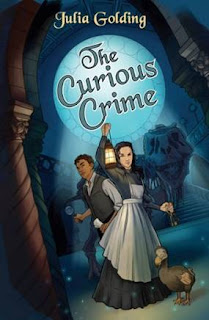 As a reader, and even more so as a writer, I love the process of world building that goes on in fiction. It’s one of the reasons I became an author. When you create a world, you are the god of that place, deciding everything from the weather, to the placement of the mountains and depths of the seas. You usher on the people who live there, and invent their history and their odd traditions, what they eat, drink, wear, and who they marry. You can beg, borrow and steal ideas from the real world, but your combination in your imagined world is unique and ripe for any number of stories. I think we all have that Sauron urge to build our own army worthy of our world, do we not?

The creation process is both escapism and a return to earth – like the Roman god Janus facing two ways. When teaching creative writing classes, I suggest to young people that their own imaginary world is a great place to go to escape pressures. Put down your phone and really get away from it all. It is free to enter; you are in control; you can act out your fears and fantasies safely; and you can have a holiday from yourself. It is not a place where someone else has decided the rules and parameters in advance as they do in a computer game; you are the composer of all that happens and all you need is some time with a pen and paper.

Yet it is also true that fantasy worlds circle back to our reality. I also sometimes describe them as laboratory experiments in which to work out real world problems. Let’s take some examples from the famous ones we all know: Harry Potter looks at racial prejudice using a muggle/wizard division rather than skin colour.  Hunger Games explores the stresses of a society where the divide between rich and poor has become so vast, the poor are used as cannon fodder for entertainment in warped reality TV. The first six Star Wars films are an examination of the corruption of power and how to resist it. You can find real world analogues for all of these. As Margaret Atwood writes in her essay collection, In Other Worlds: SF and the Human Imagination, she did not put into her dystopian The Handmaid’s Tale ‘anything that humankind had not already done, somewhere, sometime, or for what it did not already have the tools.’ Under the robes and peaked white wimples beats a very recognisable heart.

In my own children’s novels, I’ve used fantasy worlds like this: borrowing from the real world and taking it into the laboratory experiment of the book to see what happens under the story microscope. One of my first series, The Companions Quartet, uses the idea of belonging to the secret Society for the Protection of Mythical Creatures as a way to look at climate change. On an end of the seesaw is the evil of human greed, oil companies, road builders, careless people who destroy habitats for profit; and on the other is the horror of what happens when nature strikes back, imagined in the form of a shapeshifting powerful creature called Kullervo, who is rallying the mythical creatures to destroy humanity. My hero characters are in the middle, trying to combat both. I wrote this partly because in the early 2000s I was feeling powerless as the calls for action on global warming were going unheeded (I was working for Oxfam at the time and it was clear poor communities were already feeling the effects). Maybe it was a kind of self-therapy to stop sleepless nights, but I put that angst into the drama of the books. They are a call to action to myself and to the reader – not preachy but the obvious conclusion as you are left wanting to preserve an amazing natural world from destruction.

In my most recent novel for children, The Curious Crime, I’ve done something new with my world creation. As well as the enjoyment of thinking up an ever-expanding building like a Hogwarts or a Minas Tirith, I’ve also made it support the theme of the story, which is to look at the history of science and how what we think of as science changes over time. In this way the museum, that is the location for my murder-mystery, acts more like Sherlock’s mind palace. I’ve organised the history of science so you can walk through it. Where the rooms are shut off or no longer visited, it shows a scientific theory that is debunked or going out of fashion. You are welcome to visit the archaeological exhibits, dinosaurs, and geological displays as these are all still in fashion at the time the book is set (late Victorian era). Once leading scientific ideas, such as Aristotle’s earth-centred universe, the four humours, phlogiston – these are all shut off or slipping out of public notice.

Another of the themes that emerges in my vast museum is that of women’s education. While thinking about what is going on in fantasy fiction, I thoroughly enjoyed reading Terry Pratchett’s series of essays, A Slip of the Keyboard, and one comment that chimed with me is that, in general, fantasy worlds are ‘overdue for a visit from the Equal Opportunities people’. He goes on to illustrate with this amusing example: ‘[w]izards get to do a better class of magic, while witches give you warts.’ He is making a timely and funny argument for better female role models in fantasy (which I think is now happening if you look at more recent contributions) but I was prompted to dramatize the issue by making the inequality extreme and a source of the drama in the novel. The seeds were there in Victorian society but I’ve pushed it further in my parallel world environment so it blooms into a deadly flower. Ree, my heroine, is denied the chance to follow the stone craft at which she is gifted and becomes a maid cleaning the museum at night. This puts her in prime position to help solve the mystery as she has a pass to access all areas in the dark. It also gives her a battle to fight: she struggles for recognition to be judged on her merit, not her gender, just as her detective friend and science scholar, Henri, fights racial prejudice.

There are many other themes in the novel – extinction, the kind of questions science and faith ask, how we look at outsiders – so the laboratory is running more than one experiment at any one time. I hope you take a look inside. Maybe you’ll even be inspired to open up your own writing laboratory? Go on: build an army. You know you want to!
Posted by Pewter Wolf at 08:00:00