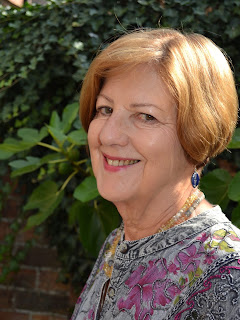 I’ve always been fascinated by the imaginary worlds to be discovered in books, films, fantasy games, but then all fiction is fantasy to a greater or lesser degree, appearing as if from no-where, often sparked by a single encounter, which becomes an idea that seeds in the mind of the writer. 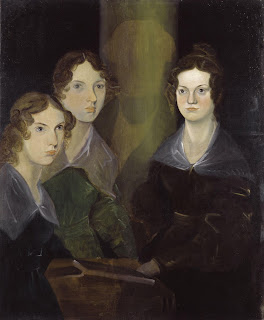 Sometimes, that seed can lie dormant for years. The idea, which would eventually become Glass Town Wars, began on a visit to the Brontë Parsonage Museum in Haworth a long time ago. I was accompanying a group of students who were studying Wuthering Heights. Among the exhibits were tiny books, no bigger than a book of stamps, full of miniscule writing. The accompanying text said that Branwell, Charlotte, Emily and Anne had made these books when they were children and in them they had written about an imaginary world that they called The Glass Town Federation and Angria. The writing had evolved from a game that began with a box of toy soldiers that Branwell had been given for his birthday.  I remember a tingle of excitement and thinking: ‘There’s an idea.’ I bought facsimiles of the little books and later a model soldier but the idea didn’t get any further.

A few more years went by and I was at a writers’ workshop. Another writer was outlining a time slip novel involving the Brontës. As she was talking, I began to imagine someone from the present going back, not to the Brontē Parsonage and Haworth, but into their imaginary world. I began to sketch out an idea.

I didn’t know much about the Brontë fantasy world beyond the names: Angria, Glass Town, Gondal, although those are intriguing enough. It was a fantasy world which began as a game, so my character – let’s call him Tom -  enters their world through a game. A modern virtual reality video game. How does he do that? What does he find when he gets there? How does he get back? It’s not just any game.  This is something new. The next level, A game that lets you live in the world. Enter Tom’s friend, Milo, a gaming genius with connections to the dark web. Tom is in hospital, in a coma, easiest thing in the world to slip a gizmo into his ear….

I had the ‘set up’. What does he find there? Time to read the ‘Brontē Juvenilia’ the work produced by the authors when they were still young. I found a world that was elaborate, complex - and completely bonkers. The Brontës wrote from childhood through adolescence and into young adulthood and they wrote a lot. They poured anything and everything into their world: drawing on newspaper stories, writers they admired, history, local events, folk stories and fairy stories.  They peopled their world with heroes, real and imagined, ghosts, ghouls, body snatchers, dukes and duchesses, doctors and journalists, thugs and pirates. Whatever they wanted to happen, happened in a world presided over by mile high Genii – the Brontës themselves. Wars, revolutions, deaths and resurrections, love affairs and marriages. This was a secret world, enormously inventive but completely anarchic and sometimes just plain crazy. Private. Not to be read by anyone else, the tiny script ensuring that, so anything goes. 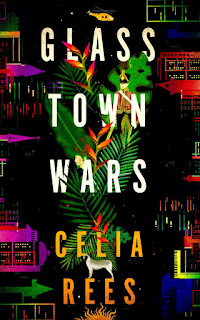 For a while, this foxed me. Even in fantasy there has to be an internal logic within a story and there was none here. I had to use the craziness, embrace it. Have Tom as my commentor; it doesn’t make sense to him, either. To create a story line, I looked to the creators. Conflict drives fiction and there was plenty of it between Branwell and Charlotte. As they got older, their vision pulled apart. They wrote against each other in rival Glass Town publications. Branwell is all politics, war and fighting while Charlotte prefers palace intrigue and romance.  And there was rebellion in the ranks. At some point, Emily and Anne must have tired of being bossed about by the older two and decided to found their own world of Gondal. We don’t know because all the existent writing is by Branwell and Charlotte, nothing written by Emily or Anne has survived apart from some poems., but rebellion means war, in Glass Town and out of it.

This is the point where Tom arrives. He is a soldier dressed in a green uniform; just like the model I bought all those years ago. He’s on Emily’s side, or rather the side of her avatar, Lady Augusta and I have my story.

In the background, of course, is Milo and the game that got Tom into this in the first place. Got him in, but can’t get him out again. Two worlds colliding. Fantasy Past meets Fantasy Present. Normal rules don’t apply. Fantasy doesn’t exist in time and space. So if Tom can go to Glass Town, then why not take Emily Brontë into our fantasy worlds: Apocalypse, Zombies, Grand Theft Auto, Gotham City?  I’d take my cue from the Brontës. Make it so anything can happen. And it does.
Posted by Pewter Wolf at 12:15:00