The Bitter Edge Of An Extract 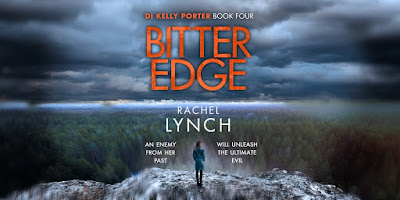 EXTRACT ALERT! I am on a blog tour and I have an extract. But wait, I hear you cry. It's crime. And adult!

Yeah... As I said at the beginning of the year, I am going to try and branch out in genres.

Anyway, the extract I am about to show you is from the fourth DI Kelly Porter (the first being . Bitter Edge starts with a teenage girl throwing herself off a cliff. Ruled as suicide, DI Kelly Porter shouldn't be left asking why. But when her team converge at the girl's school, a darker story begins to unfold. A story that begins Kelly face to face with an old foe, a foe determined to take back what is rightfully his - no matter the cost.

There is more, but am going to leave it there, as I want this and the extract to wet your crime reading appetite! But before I hand you over to the extract, some thank you and links. My thanks goes to Ellie at Canelo for asking if I want to be involved in this tour! Now, if you want to say hi or ask Rachel Lynch, the author, some questions, pop over to her twitter - @r_lynchcrime. Or, if you want more info on the book, you can check out Canelo's website!

Now, OVER TO THE EXTRACT!!! 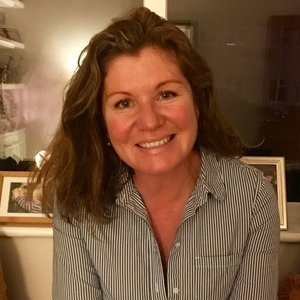 Michael Shaw sat at the dining table doing his homework, listening to his mum argue with his sister. After twelve years, it was a regular feature of his daily rhythm and nothing to be concerned about. His mum and dad had different approaches to parenting, and he figured that was normal. His mum was soft, but that was how he supposed mums were designed to be, but his dad didn’t like it, and that was what they argued most about. Michael just got on with his homework, or played the Xbox in his room. 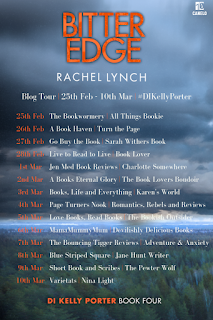 ‘Who are you going with tonight?’ he asked.
‘Ethan and Adam.’
‘Adam Pearson? I’m not keen on that kid.’
‘I know you’re not, Dad. He’s all right.’
‘God, you’re worse than the thought police! Chill out.’ It was Faith’s departing shot before she put on her coat and checked her phone again, ready to leave.
‘I’ll pick you both up dead on nine thirty, outside the Royal Oak.’
‘Nine thirty!’ Faith was outraged. Her curfew had been nine thirty last year too. But arguing about it was futile and she knew it. Michael watched as her shoulders dropped. She was defeated.
Their father wasn’t finished. ‘And change your top.’
Michael watched Faith glance at Mum, trying to put her in the middle. It almost worked, but on this occasion, Mum agreed with Dad. Faith rolled her eyes, ripped her jacket off and stomped upstairs, returning wearing a long green jumper instead. She grabbed her jacket and was gone.
‘Nine thirty!’ his dad shouted as the door slammed behind her.
Posted by Pewter Wolf at 08:00:00