Self-Isolation Read - One By One 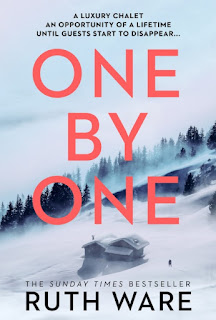 Another self-isolation read and I got my dates muddled. After reading Boy Queen by George Lester and audio booking The Faceless Old Woman Who Secretly Lives In Your Home, I craved a murder mystery. I wasn’t sure if I wanted anything heavy, but I was leaning towards Agatha Christie, only to remember I was approved to read this via NetGalley and with some people saying this has strong And Then There Were None vibes, I jumped at it.

It was when I was a good chunk into the story did I check release date and release that the book was going to be released in November of this year, so, I can release review now and be SUPER EARLY or hold off and hope my opinions on this book stay the same. I’m going to risk being early and, by the time this comes out, I will be more well-read in Ruth Ware’s novels so I can give a more honest and truthful reply/reaction.

Snow is falling in the exclusive French ski resort of Saint Antoine and the shareholders and directors of the hottest music app, Snoop, hope that, but the end of the corporate retreat, they will have decided their company’s future: a billion pound dot com by out or the not sell. But with a near split on what to do, a decision must be made.

But when one board member vanishes moments before an avalanche cuts the chalet, its guest and the two staff, off from help, business tensions turn to a desperate urge to survive. But something doesn’t feel right about the disappearance… it’s as if this was a murder. But was it murder, an accident or are they safe somewhere else? Because, if it was murder, that means the murderer is with them…


This book feels very much like a homage to Agatha Christie. There is the obviously And Then There Were None, but there are little nods to other Christie mysteries or clues used such as A Murder is Announced, The Murder of Roger Ackroyd, Evil Under the Sun and The Sittaford Mystery, which I think will give Agatha Christie fans a real kick. There might be more, but not that well read in Christie’s work (I plan to read two or three more of her titles by end of the year, starting with Death On The Nile). And, like a Christie, once this book hits its stride, you are running with the plot, feeling the uneasy and tension of the characters and trying to figure out if there is a killer and, if so, who?

An interesting difference between And Then There Were None and One By One is how the story is told. And Then There Were None is told in third person, watching all ten characters trapped on an tiny island off Devon, but in One By One, the story is told by two characters: Erin, who works at the chalet, and Liz, one of Snoop’s shareholders, owning only 2% and who REALLY doesn’t want to go to the chalet. Because of this, the story adds an extra layer of tension as we, the readers, are with the characters as realisation slowly dawns on them and, at the same time, see some dark secrets of people come to light. 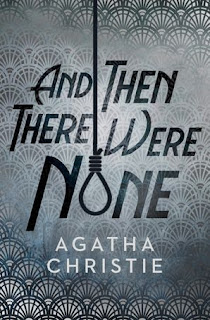 While I devoured this book, I do have one or two issues. The first is the beginning felt a tad slow for me. I know why - we need to know these characters before it begins to hit the fan, but when I read a mystery, I don’t want to spend the first chunk of the book, going “Where’s my murder/disappearance?”. I feel that undermines what the book is trying to set up.

The second was the ending. I won’t spoil it, but things had to be wrapped up in last few percentage (that’s fine. I’m glad that this happened as one or two things needed to be explained), but there was a moment where we went into Final Girl trope which we see so often in crime and horror. I get why, but I was expecting something new and different. A twist or sting in the tail.

I think I was expecting more so, not an issue with the book, it’s a me thing. Because, when you read the book, you see that this is the only way for it to be told.

But I devoured this in three/fours days and I would happily recommend this to Agatha Christie fans as they will eat this up! Plus, with this coming out near Christmas, this will be the perfect Christmas chiller!

I have one other Ruth Ware book on my kindle - The Turn of the Key - and I can’t wait to figure out when am going to read this, or if I should read one or two others first (The Death of Mrs Westaway or The Woman in Cabin 10)…
Posted by Pewter Wolf at 08:00:00