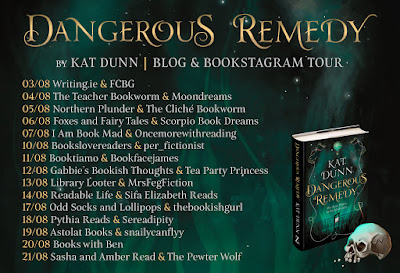 BLOG TOUR ALERT! And we are going to French Revolution time in this whirlwind of a read. We have fighting, queer romance, diversity. Basically, everything I should be devouring as a reader! 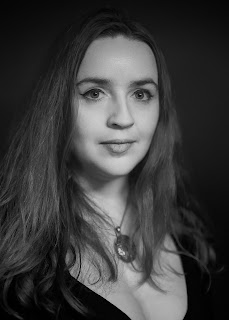 For those not sure about this, Dangerous Remedy follow Camille, a revolutionary's daughter, leader of a band of outcasts. A runaway, a deserter, an aristocrat in hiding. They try and save lives of those who will meet the edge of the blade. But their latest rescue isn't what it seems to be. This girl is no aristocrat, but her dark and disturbing powers means both sides of the revolution - the Royalists and Revolutionaries - want her.

The question is: who or what is she?

I am thrilled to have an extract for you guys to wet your appetites! And it's a good'un! I promise! It's good!

Now, before I go any further, I want to quickly thank Jade at Head of Zeus for allowing me to tag along this tour, even though much cooler and more badass book bloggers are on the tour!

And before I hand you over to the extract, just a tiny heads-up (as always) that if the extract hooks you and you want more info on Dangerous Remedy, you can check out Head of Zeus! Or, you can say hi to Kat, you can visit her website at katalicedunn.com or give her tweet on Twitter at @KatAliceDunn!

Ok, all done? No more housekeeping? Alright, ONTO THE EXTRACT!


A bullet ripped through the fabric of the hot air balloon, and Ada knew their whole plan had been a terrible mistake. Dangling high above the most notorious prison in Robespierre’s Paris, her faith in the scientific forces holding them aloft seemed suddenly a lot more questionable. The job was simple: rescue Olympe Marie de l’Aubespine, who was being held prisoner before being taken to the guillotine. The plan was anything but. Breaking someone out of the Conciergerie had never been done before. So they’d needed to do something no one had ever tried.

‘If we die, I’m going to kill you.’ Al clung to the wicker basket beside Ada, blond hair whipping around his pale, pinched face as the hot air balloon lurched violently.

Stomach in anxious knots, Ada yanked on several ropes and pulleys at once, sending them bobbing slantways over the rooftops. ‘If you don’t start helping, Al, I’ll kill you first.’

She threw bag after bag of ballast over the side and watched them thunk onto the cobbles far below. Not far enough below for her liking. Streets and squares and parks unfurled beneath them, sprawling out from the prison like a spider’s web. A muddy swirl of slate roofs and green treetops washed up against the brown ribbon of the Seine as it flowed through the centre. The river split around the Île de la Cité, where the Notre Dame cathedral dominated at one end. At the other lay the prison, among the complex of law courts and Revolutionary headquarters. Above them, a broad sky yawned the cool eggshell blue of a half-hearted summer.

The tear in the balloon flapped jauntily in the wind, huffing out precious hot air. Ada had thought they’d been too high up for the prison guards’ musket fire to reach them. 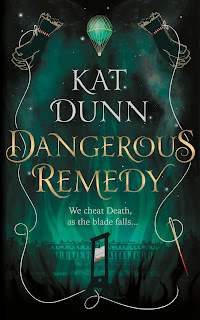 In the distance, she could just about see the Place de la Révolution, where the guillotine lay waiting. When the Revolution had started five years ago, it had been called Place Louis XV, named for the previous king. There had been hope of building a new France, of finding a better, fairer way to rule. But the new government had floundered, and King Louis XVI had been executed in the same square. It changed everything. It was as though France was a frustrated child, finally getting what it wanted, but finding the prize sour and disappointing. Without the king, people still starved, inequality continued. The country splintered and the different factions spat at each other like a serpent with many heads. In the middle of all of it, Ada, Al and the rest of the Battalion of the Dead were the last port of call for anyone with a loved one in trouble – whatever side they were on – with prison breaks their speciality.

Ada loved the thrill of the chase, the flare of pride when a plan came off. But sometimes she knew they pushed their luck too far. The hiss of escaping air gave her the creeping fear that this was going to be the last mistake she ever made.
Posted by Pewter Wolf at 08:00:00