As you guys knows, I love a good podcast! And with me listening to a heck more podcasts and audiobooks the past few months (one of the only few pros of lockdown and self-isolation), I thought I would talk about a few podcasts I relistened to as well as new podcasts I discovered and became obsessed with!

Ok, so I relistened to a ton of podcasts, but tlet's chat about one or two podcasts I discovered and loved! 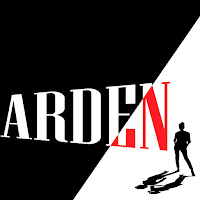 The first new podcast I only just discovered a week or so ago and, over a space of one weekend, I binged the entire first season and the first few episodes of season 2 that have been released. Arden (click here to go to their website) is a comedy murder mystery drama (they describe themselves as Serial or My Favourite Murder meets 80s TV show, Moonlighting) where Bea, a journalist, and Brenda, a former cop, join (reluct) forces to attempt to solve the 10 year old mystery of disappearance of Hollywood starlet, Julie Capsom. She vanished in the middle of nowhere and her car has a torso in the boot. Is this the torso of her former boyfriend and possible stalker, Ralph Montgomery?

In the second season, the pair go to Montana to investigate a possible murder of a rancher, only to find themselves getting a little too close to the case and the rancher's daughter, Dana Hamill, who can't help but think her uncle is involved... (I emailed the podcast for a possible guest post and, while they declined, they let me listened to the first 6 episodes of season 2 and guys! I NEED TO KNOW WHAT HAPPENED IN THE SECOND HALF OF THE SEASON! Hopefully, it won't be a long wait before the cast and crew can, safely, record the resolution). 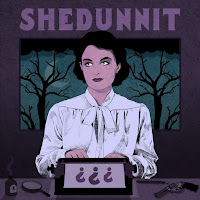 The second is a crime literary podcast, Shedunnit. This podcast with short episode looks into the genre of crime and the authors who wrote them. I discovered this by fluke after trying to learn more info on Agatha Christie and Josehine Fey (I still need to read Daughter of Time, that everyone says is great if you are a fan of the Golden Age of Crime). So, a non-fiction podcast that is doing awful things to my TBR and credit card (thanks for that, Caroline!)

One more podcast? Ok, where do I go? OH! Let's do F***bois of Literature (here's the twitter)! Basically, the host and a guest read a novel or series and chat about whether or not the character in question is a f***boi. I came in quite late to this podcast, around the time the show talked about Lord Asriel from His Dark Materials, Ron Weasley from the Harry Potter series, Edmund from Narnia and, my fave at the moment, BATMAN!

I do have some honourable mentions of some old faves and new shows: My Favourite Murder, Spirits, You're Dead To Me, Wheels on Fire: An Absolutely Fabulous Podcast, The Villain Was Right, The Archers (oh yes, am back on that. WHO HAVE I BECOME?!).

And as you know, I love discovering new podcasts so, here I am, begging you to tell me what podcasts I must put on my radar and listen to ASAP! I would love to hear them!!!
Posted by Pewter Wolf at 08:00:00