The Crow Rider Has Eyes 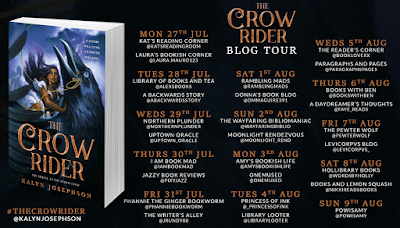 BLOG TOUR TIME! And I am thrilled to be part of the The Crow Rider tour!

Crow Rider is the conclusion to the Storm Crow duology, so I don't really want to say too much in fear of spoilers so let's try and keep this as vague as possible, shall we? 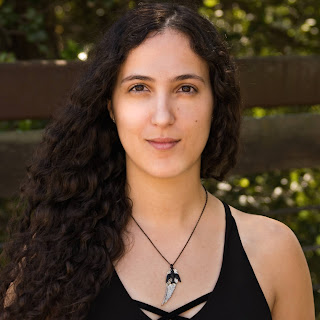 Thia, her allies and her crow, Res, are planning a rebellion to overthrow Queen Razel and save Illucia once and for all. But it might not be as easy as Thia needs to convince neighbouring kingdoms to come to her aid, Res's magic is being to become unstable and Thia is being pursuded by heir to the Illucian throne, Prince Ericen, the one person Thia shouldn't trust and yet, she can't seem to stay away from him...

I hope that wasn't too spoilery, but I am thrilled that the author, Kalyn Josephson, has written this small guest post for my spot on the tour!

Now, before I hand it over to Kalyn, I just want to thank her for writing this post and to Faye for asking if I want to be involved in the tour! And if you want to say hi to Kalyn, check out her website or visit her on Twitter (@KalynJosephson). Also, if you want more info about this duology, check out Sourcebooks!

So much goes into getting a book published, a lot of which readers never see. There are rounds and rounds of different types of edits, multiple stakeholders aside from just the author, and a lot of factors to consider, especially in a sequel. I was surprised by some of the challenges that came with book two, but also happy to find a lot of things turned out to be simpler than book one. But from start to finish, it’s certainly been a journey!
I always knew how THE STORM CROW series would end, which means the last third of book two is exactly like I imagined years ago when I first had this idea. I knew I wanted it to be a story about trust and friendship, the cycle of revenge, the various kinds of strength, and about how we heal when terrible things happen. So I wanted the final scenes to take what Thia had learned about all of those things and bring them all together in a particular action setting, which I won’t say much about to avoid spoilers! But it came together exactly like I was hoping in what’s meant to be a very fast-paced, emotional conclusion. 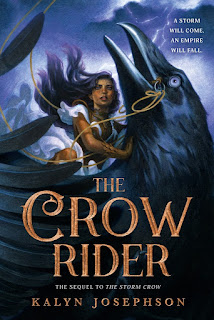 Before I got there, however, I had to do four big revisions. Two with critique partners, and two with my editor. My favorite part of writing is world building, and I love to dive deeper into my magic systems each chance I get. The sequel was a big opportunity to do that, but I ended up going a little too far and putting too much information on the page. It slowed the story and distracted from the main plot, and I spent those two CP revisions trying to make it work, before finally agreeing with my editor in our first round that it was just too much for one book.
As a result, we shifted a lot of the story to focus on Res and Thia’s relationship, which is what the series is fundamentally about. I loved getting into the details between them and really giving Res his own personality so that he could stand on his own as a character. I also got to explore more of Rhodaire in addition to another new kingdom and was able to maintain a lot of my magic and worldbuilding from those earlier drafts, but in a role that supported my main plot instead of overtaking it.
In general, the sequel proved to be a lot easier for me than book one. I already had my world, character, and overarching plot established, which made for fewer decisions to make. There were some challenges though, such as sticking to the timeline I set in book one and ensuring small details tracked from book to book, not to mention that the explanations to any lingering questions made sense based on book one. That said, I also missed a bit of the discovery that comes with a new book and characters, though I’ll miss writing Thia and her friends for sure.
Posted by Pewter Wolf at 08:00:00