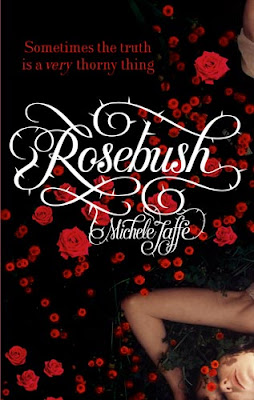 By the time you lot read this review about Rosebush by Michele Jaffe, it would have been about a month or so since I actually read and written this review (look at me all organised for once!). “Why?” I hear you ask. Well, when I went to Atom Books for the Book Bloggers Event and we got the ARC of Nightshade and Rosebush, Atom asked very kindly if we could release our reviews close to the date of release (3rd March 2011, in this case) as possible.

And who am I to refuse such lovely people...?

So, the story about Rosebush. Jane wakes up in hospital. She's been told that she was a victim of a terrible hit and run, her nearly-dead body discovered in a rosebush. As she recovers, she slowly begins to realize that the stories her friends have told her and what she slowly remembers aren't the same. But why would her friends lie? It looks like one of her friends tried to kill her... and they still want her dead...

But who would want to kill her? Or is Jane slowly going mad? Sometimes, the truth is a very thorny thing...

Now, this is a huge thing for Atom Books. Because Rosebush is the first non-paranormal YA book it's published (Pretty Little Liars doesn't count. They nabbed that series from their big sibling Sphere). So, when I discovered and read a tiny bit of info on this book, I was quite excited about this book. It was a BRAVE step for Atom to make – and Atom built the book up, comparing Rosebush to Mean Girls Meets Rear Window. 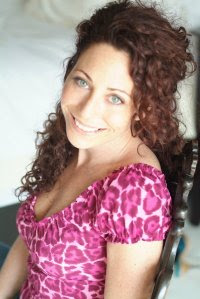 I really liked it. It was addictive reading. It was a bit little a guilty pleasure. There are moments in the books that felt very 90210. But I'm pretty sure those teens don't have half the dark secrets these messed-up teens have.

Now, there were some characters that I was screaming at and called one of them some very rude names that I won't say in polite company. And there were times I went “Does EVERY American teen have a deep dark secret?!”. But I found it addictive – I think I a tiny part of me wanted to know who had the biggest secret?

This book is a thriller, where they were times you go, “Ok. Is there a killer? Is it all in your head?” and every time you go “Ok, I think I know where this is going or who is the good guys?” then WHAM! You get thrown sideways with a twist you never saw coming. (Yes, there were times I stared at the book with a WTF expression on my face).

So, if you are addicted to 90210, One Tree Hill or Pretty Little Liars and need a fix till the next episode/season, then you should check Rosebush. Plus, this is a standalone novel (so if you hate trilogies, this is perfect!)

And now, the music part of my review (I swear, I enjoy this more sometimes). Anyway, I hope you guys like...!


(Free Download of this track! FREE MUSIC! Check it out at either http://www.massivedog.com/ or http://soundcloud.com/massivedog/ and search for Entangled).
Posted by Pewter Wolf at 11:46:00