As part of the CLASH book blog tour (featuring the lovely peeps of My Favourite Books, Euro Crime, Asamum Booktopia & The Overflowing Library), Colin Mulhern has written this Guest Blog about he discovered YA fiction, and why the general standard of Young Adult book is so much better than adult ficiton. Take it away, Colin...! 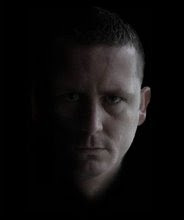 It isn’t easy writing for young adults, not in an age when you have to compete against XBOX games, MP3s, a thousand attractions at the local mall, and every other flashing, beeping thing crying out for some teen attention. But then again, maybe that’s not a bad thing. Want to know why?

I found Young Adult fiction by chance. At the time, I was writing crime fiction and trying to break into a very swamped adult market. To keep up with trends, I was reading a lot of adult thrillers, and I think most of them were either frustrating, boring, or annoyed me so much I’d simply chuck the thing at the wall and reach for another. I was starting to consider the possibility that I don’t actually like crime fiction. Odd that.

Anyway, around that time there was a programme on the BBC about the top 100 books. The one that caught my attention was Philip Pullman’s His Dark Materials. In the programme, they showed the trilogy as one big monster of a hardback. It looked awesome, so I went out to buy it but all that was available were the paperbacks. I decided the hardback would be available online, but in the meantime I could try something else by the same author. I picked up The Butterfly Tattoo, didn’t think much of the cover but what the hell, I’d give it a go.

It blew me away. It was short, tight and packed with emotion: a powerful, modern tragedy. I went straight to a writers’ forum to shout about it and ask for recommendations. They steered me towards Malorie Blackman, David Almond and Kevin Brooks. I was hooked, and very quickly realised why so many adults read Young Adult fiction. In short: Every Word Counts.

Here’s an experiment, pick up any children’s book from years ago and give it a quick read. I discovered this when I tried to re-read Peter Pan. There is no doubt about the merit of the story, but the language doesn’t half drag. That’s probably because it was written at a time when words didn’t have to compete with instant messaging and multiplayer death-match battles. Next, go for something modern, say Anthony McGowan or Suzanne Collins – you’re no longer told a story, you’re dragged into each and every scene. The style of writing for modern teens is fast and direct. All the fat is trimmed during editing. Every word counts!

On the bad side, it makes it tough for writers to break through because the standard is so high. But for the readers, it means there isn’t the torturous, slow moving bore-fests that choke the adult market. No more books thrown at the wall, and no more wasted paper left unread.

So let’s hear it for Young Adult fiction. Better for interior design, better for the environment.

Thank you Colin for this Guest Blog. Now, if you still want to win a copy of his debut novel, CLASH, you can! Enter below!

The closing date will be Easter Monday and I will be email the winnner later that evening for the needed information. GOOD LUCK EVERYONE!
Posted by Pewter Wolf at 18:23:00