Dark Days Of January - What Are You So Afraid Of? 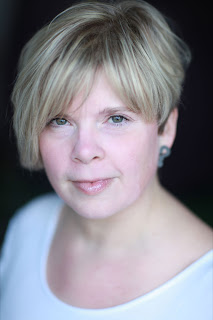 As part of the Dark Days of January, Sara Grant takes over the blog and chats about fear. And, before we get scared, want to quickly thank Sara for writing this and Nina at Indigo for allowing me to take part in this blog tour. So, take it away, Sara!

What Are You So Afraid Of?
US President Franklin D. Roosevelt said, "We have nothing to fear but fear itself". Seriously? He must not have had an active imagination or Sky TV.

I hate being frightened. I don’t watch horror movies and even refuse to watch Dexter – and American TV drama that focuses on a serial killer – after 8 p.m. I don’t think of myself as a scaredy cat, but responding to this question has revealed this chronology of fear...

Needles. When I was a kid, I hated needles. I have a vivid memory of being held down by multiple doctors and nurses to be given a shot before I had my tonsils removed when I was four. When I was old enough, I decided to donate blood to help overcome my fear of needles. I was so terrified that my blood pressure sky rocketed and the volunteers made me wait until I’d calmed down. I was eventually able to give a pint of blood. Needles don’t scare me anymore.

Fire. Not fire in general, but very specifically my house burning down in the middle of the night. When I was probably ten years old, I saw part of a TV show on home safety. The image of a house engulfed in flames stuck with me. My bedroom was on the second floor and I was terrified of a fire starting at night. I kept a fire extinguisher under my bed and – for some strange reason – the bathroom light on. (Yeah, I can’t explain in now but it somehow made me feel better.)

Sharks. Jaws kept me away from the swimming pool the summer it came out. I must admit that to this day I probably never dive into a body of water – from a chlorinated swimming pool to a lake or the ocean without hearing those ominous opening notes from the Jaws soundtrack.

Snakes. I shut my eyes or turn the page if an image of a snake appears. Just the idea of Snakes on a Plane freaks me out. There’s something about their slithering hissing ways that – even if they aren’t the deadly variety – I just can’t bear. 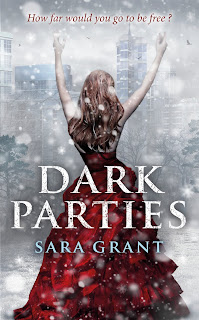 But the only thing I truly fear is losing my family and friends. I think I could survive being hurled into a pit of rattle snakes while set alight before being dunked into shark-infested waters if I knew that my family and friends were safe and waiting for whatever was left of me.

The main character in Dark Parties must face the loss of her beloved grandma. She risks everything to find out what happened to her. Dark Parties tapped into my fear of losing my family and friends. I can’t imagine being faced with the decision Neva must ultimately make: her life, her freedom, or her family and friends?