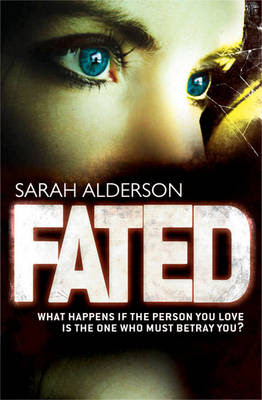 My first review of 2012! And we start with Fated by Sarah Alderson!!!

As some of you guys know, I loved Sarah Alderson's debut novel, Hunting Lila. So, when I was asked if I wanted to read this, Sarah's second novel and the maybe-start of a new series, I jumped at the chance. And I dropped several books in my To-Read pile to read this, so...

Evie Tremain is a seventeen year-old waitress who, one night, finds herself thrown into a war that she didn't know exist. A war between Hunters and Unhumans (aka Demons). As she tries to find her feet in this dangerous world, she discovers a dangerous prophecy that might be talking about her...

Meanwhile, Lucas Gray is an Unhuman. Well, half. He's half human, half Shadow Warrior. Member of the Brotherhood, a group of Unhuman assassins tasked to kill the last true Hunter. How can he get close to the last Hunter, who calls herself Evie Tremain?

Now, this is very different to Hunting Lila. I feel that I should say this now as it is!

But, saying that, this is a fast read with action. I mean, when you have a prologue that starts with "Her name is Evie Tremain. She's seventeen years old. She lives in Riverview, California. Now go and kill her.", you know that it's going to have fast action scenes that will have you racing through the pages. 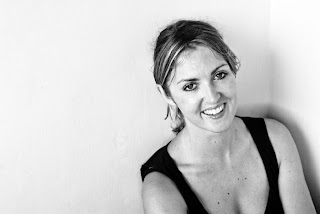 Also, Sarah throws a good amount of lush in the story. Unlike Lila and Alex love story in Hunting Lila, this is more lush-driven and when they do realise that they're in love, it's very close to the end of the book and we get the pay-off with that kiss...

Now, I did lost my temper with this book. I told Sarah this via twitter (sorry again, Sarah) and this is over something a small character, Tom, says (I ranted it on GoodReads). I don't want to say what it is, but I was shocked over angry that he even asked this question and not gone "Oh, wait! I remember why." I still stand by my statement over this character and why I got angry.

Now, if you remember from the start of the blogpost, I said that Fated was a "the maybe-start of a new series". I said that as this is meant to be a standalone novel, but Sarah has written two books with these characters, but these haven't been picked up by the publishers as of yet. Now, usually, I am very "THIS IS A SERIES! GET THEM NOW!" but Sarah cleverly written Fated so, if Simon Pulse doesn't pick them up, it's all tied up but there is leeway if Simon Pulse picks up books 2 & 3...

But, apart from that (and me losing my temper with Tom), I did like this book. Not as much as Hunting Lila (oh, how I ADORE that book) but it's still a great paranormal read that is filled with action, lush and a hell of a lot of twists. Oh yes... those twists...! Sarah definitely knows how to pull those twists off!