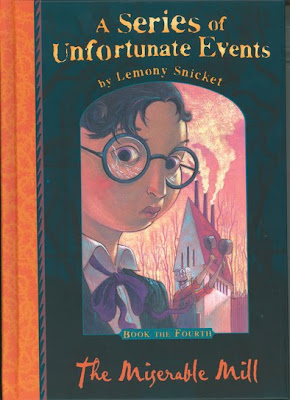 I have an odd relationship with Lemony Snicket. I like him and his writing, but I don't dip into his Series of Unfortuate Events often as… well… I kinda grew out of it. Plus, I dipped into the series in no real order, reading books 1, 2, 3, 10 & 13. But, after reading Pirates! In An Adventure With Moby Dick, I wanted to read something fast while I waited for a copy of The Last Echo (the third book in Kimberly Derting's The Body Finder series). And, somehow, my brain went "Let's read The Grim Grotto." This is the 11th book in the series (and probably the one I most want to read as I like the title the most!).

In this, the fourth book in the 13 book saga, the Baudelaire orphans are sent to their new guardian at the Lucky Smells Lumbermill, expecting a safe future from Count Olaf. Expect they didn't expect to work at the lumbermill. They didn't expect to have a guardian that cares more about profit than any health and safety. They didn't expect their guardian to want to be called Sir nor did they expect that their new guardian would smoke so many cigars that they will never see his face because of the thick cigar cloud. They expect to be live with the workers in tiny bunk beds, have chewing gum for lunch or to be paid in coupons. But they do expect that, sooner or later, Count Olaf to turn up in another disguise, with a plot to steal their family fortune… 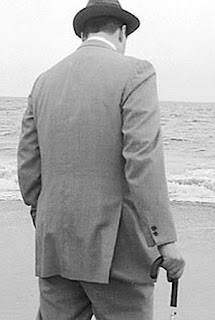 Now, I wanted something fast and I read this within two days. TWO DAYS! So this could be seen as a good thing, but while reading this, I remembered that basics of the story had been repeated in the previous books and a few more times in the next few books.

I'm having a tiny problem with writing this review. Because the book was ok. Not great, not rubbish, but ok. I remember why I didn't read the series back to back and I dip in and out of the series.

Because I have no idea what to write, I will end the review here with my music choices. I think this book is good if you're a fan of the series. If you're starting the series, start with The Bad Beginning and work onwards.