My lovely friends at Stranger Chemistry have a cover reveal for you. Well... two, actually. That's right, TWO! One is a sequel of a book most of you guy have read (and that's still in my To Read pile) and the other is a book I am very excited over.

So, ladies and gentlemen, I give you the covers of Student Bodies by Sean Cummings and When The World Was Flat (And We Were In Love) by Ingrid Jonach! 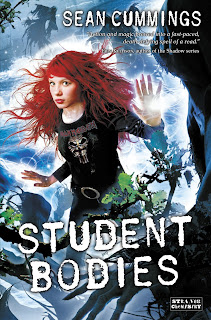 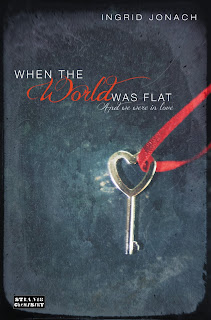 What to know more about the stories? Well, here you go...

Whoever said being a teenage witch would be easy?
For fifteen-year-old Julie Richardson and the city’s resident protector from supernatural evil, the Left Hand Path doesn’t give a damn if you’ve found true love for the first time in your life.
There’s someone lurking the halls of Crescent Ridge High School with enough malice to unleash an epidemic of Soul Worms – supernatural larvae that feed on the very fabric of a victim’s humanity. After witnessing the death of one of the most popular kids at school, Julie and über genius boyfriend Marcus find themselves in a race against time to find out who is behind the attacks.
All the evidence points to a horrifying plot at the City Weir during the Winter Solstice; the place where icy waters of the Bow River and a thunderous spillway will mean the deaths of more than a hundred of Julie’s classmates.
If she has any hope of saving their lives, she’ll need a little help from a coven of white witches and an Aboriginal mage whose snarky attitude is matched only by her magical prowess.
When the World Was Flat (and we were in love)

Looking back, I wonder if I had an inkling that my life was about to go from ordinary to extraordinary.
When sixteen-year-old Lillie Hart meets the gorgeous and mysterious Tom Windsor-Smith for the first time, it’s like fireworks — for her, anyway. Tom looks as if he would be more interested in watching paint dry; as if he is bored by her and by her small Nebraskan town in general.
But as Lillie begins to break down the walls of his seemingly impenetrable exterior, she starts to suspect that he holds the answers to her reoccurring nightmares and to the impossible memories which keep bubbling to the surface of her mind — memories of the two of them, together and in love.
When she at last learns the truth about their connection, Lillie discovers that Tom has been hiding an earth-shattering secret; a secret that is bigger — and much more terrifying and beautiful — than the both of them. She also discovers that once you finally understand that the world is round, there is no way to make it flat again.
An epic and deeply original sci-fi romance, taking inspiration from Albert Einstein’s theories and the world-bending wonder of true love itself.
What are you guys reactions? You like? You love? You hate? Leave a comment and let me know!
Posted by Pewter Wolf at 14:07:00

Email ThisBlogThis!Share to TwitterShare to FacebookShare to Pinterest
Labels: Book Covers, Ingrid Jonach, Sean Cummings, Strange Chemistry, Student Bodies, When The World Was Flat And We Were In Love