I am delighted very much to welcome Zoe Marriott onto the blog, this fine Bank Holiday Monday!

As some of you know, Zoe is the author of The Name of the Blade trilogy (which I loved), Shadows on the Moon (which I know you guys adore!) and the upcoming Barefoot On the Wind (out this Thursday!). Now, Barefoot on the Wind is a reimaging of Beauty and the Beast set in the same fairy-tale Japan as Shadows on the Moon, but 500ish years prior.

Wet your appetite enough? No? Well, I cornered Zoe by email a few weeks back and asked her a bunch of questions and ideas over possible blog post, if she had time. And, because Barefoot On The Wind was sold to me as a feminist Beauty and the Beast, I asked if fairytales are feminist... And that's what got Zoe writing!

So, before I hand you to Zoe, I must thank her for taking time out of writing that book I REALLY want her to write for this post and Katarina from Walker Books for emailing me and going "Email Zoe. You know you want to..."

When the title of this post was mentioned to me, I found myself getting a little conflicted in my own mind for a minute. Can fairytales be Feminist, I asked myself? Or is this an unanswerable joke question, like whether Grumpy Cat has a Communist agenda?

Let’s just take a moment to remind ourselves what Feminism actually is – untainted by any of the wonky ideas that society may have about it, or any of the behaviour of individual people who reject or embrace the concept. It’s pretty easy:

Feminism
noun
“The advocacy of women's rights on the ground of the equality of the sexes.”

Basically, Feminism is the struggle to ensure that all the sexes (there are more than two, FYI, but that’s a whole ‘nother blogpost) have equal rights. A Feminist individual is someone who believes in equality for all sexes and hopefully works in whatever way they can to bring that about.

So are fairytales Feminist?

They certainly depict a lot of highly sexist attitudes and Patriarchal societies. Though initially intended as contemporary, evolving narratives, having been written down and ‘finalised’ in Western Europe throughout the 18th and 19th century causes them to reflect those historical modes of living – when men wore trousers and girls wore skirts, and if they swapped at all it was for reasons of comedy or in order to preserve female virtue. They’re filled with a lot of ideals that woman are still fighting against, such as the diametrically opposed innocent damsels and wicked ambitious older woman, all desperately hoping to snag a man for the purposes of true love or true power. And there are an awful lot of young, aggressively heterosexual males rushing in to save the day... 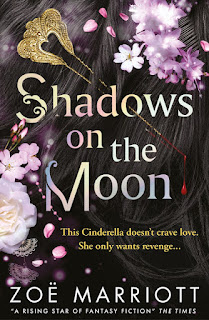 But Fairytales – at least, the earliest versions from which our current, sanitised, Disney incarnations first came – stretch right back to the time when humans were still figuring out what humans even were, when firelight was all that stood between us and the howl of creatures in the dark, and for all we knew a fairy, dragon or young God might be lurking around the next tree trunk any time we went out to cut wood for that fire. They contain archetypes, larger than life characters and quandaries which, while reflecting the politics which was prevalent when they were written down, rise above – or below – that in order to share essential truths about humans and their nature.

What is love? What is goodness – and evil? What does it mean to be brave? How should we react to injustice? How can we better our own lives, and what are the risks if we try? What makes a monster? What is a hero?

For instance, Cinderella may be a vacuous fool who wastes her one chance to escape the miserable drudgery of her life in order to attend a ball in a pretty dress – and lucks out because she happens to be young and lovely enough to catch the Prince’s eye.

OR... she might be a resolute and morally ambiguous young woman, who cunningly uses the ball to leverage her youth and beauty in order to gain the prince’s power for her own ends.

Beauty might be a passive, dutiful girl who allows herself to be sacrificed in order to save her father’s life, and eventually ends up bullied or emotionally blackmailed into marrying the monstrous being who imprisoned her – and lucked out because once he’s freed from his curse he’s not physically repulsive anymore (though his personality may be in question).

OR... she could be a ferocious young hunter who goes after the Beast of her own free will in order to destroy him and the curse, and who chooses instead to save him, in the end, because he has proven to her that despite his beastly exterior, he is truly worthy of love.

But even these ways of re-imagining our familiar fairytales – taken from my books Shadows on the Moon (Cinderella) and Barefoot on the Wind (Beauty and the Beast) – can be very controversial from a Feminist viewpoint.

The recent Disney live-action Cinderella promoted itself with the motto ‘Have courage... and be kind’. You’d think this was a mild enough statement that no one would get cross about it, but you’d be wrong. Online, many people rose up against the idea that a young woman suffering under injustice and abuse from her family ought to care about being kind – surely survival would be the order of the day? ‘They’re encouraging young women to be weak!’ was the battle cry. ‘Don’t tell them to be kind, tell them to fight!’

But before anyone could blink, an equally strong counter-argument blew up, stating that kindness was a Feminist virtue, that striving for some kind of unrealistic butt-kicking ideal of femininity that eschewed goodness and kindness for macho ideals of ‘strength’ was ignoring the real struggles of real women who had survived – and might still be living with – abuse. ‘Living in a bad situation you can’t get out of isn’t weakness!’ these people declared.

Who’s right? Who knows! Both, most probably.

The fact is that, like magic itself, fairytales can be used for good or evil.

So whether they are Feminist or not is, like most questions of story, down to the reader themselves to decide.
Posted by Pewter Wolf at 09:00:00

Email ThisBlogThis!Share to TwitterShare to FacebookShare to Pinterest
Labels: Are Fairytales Feminist?, Barefoot On The Wind, Guest Blog, Shadows On The Moon, Walker Books, Zoe Marriott