If I Made The Movie Soundtrack Of... SONGS ABOUT A GIRL 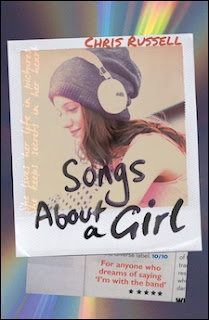 What is more of a challenge is to make a soundtrack for a book which, if it's ever turned into a TV show or a movie, is heavily music driven. But while reading Songs About A Girl, I kept thinking "What if..."

Now, I have done this before (Night School by CJ Daughtery, Broken by AE Rought, A Monster Calls by Patrick Ness and Life And Death by Stephenie Meyer) so WHY NOT!!! While I will want original songs sung by Fire&Lights (written, of course, with the aid of Chris Russell), I wanted a nice mix of songs and music genres. Now, I kinda suck of exploring new genres of music (help me. you guys) and I made no notes while reading Songs About A Girl so while I have a good mic of songs, I can not tell you why I choose them fully without spoilers.

So, should we get this party started?


ENCORE by Delta Goodrem
This was the first song that popped into my head while reading this. Yes, I had bought the album on impulse but there was something about it that made me instantly linked the story with this song. while this won't fit at the first half of the story, it fits more in the second half, as I feel this song is more suited later. While Fire&Lights songs feel more romantic and love driven, this is more heart broken and more self-confidence, a song about growth which fits perfectly later...


STATE OF DREAMING by Marina And The Diamonds
This song just clicked with me due to several lines within the song. It's feels very Charlie who gets catch up in the world of Fire&Lights, the glitz and glamour, the celebrity. But after a while, Charlie begins to see that there's a dark undercurrent with this world and this undercurrent is turning very quickly on her when her name and other information about her is outed on the internet...


TOO MUCH IS NEVER ENOUGH by Bob Moses
Ok, this is a special mention. In this six minute song, there are long moments when it's just instrumental and I love the feel of these moments and I think the placing of these moments would create an interesting tone. The main places for this song is two moments that happen in the same chapter - they involve a beach and then a lift/elevator.


I'M A RUIN by Marina And The Diamonds
There's a scene quite late in the book when a character (who will stay nameless) reveals himself to be a messed-up person (in their eyes, anyway) and while this is happening, fans are singing one of the band songs. When I read this scene, this song kept creeping into my head, so I wondered what it would be like for the fans to be singing this song instead... would Fire&Lights cover this song or would this be playing out to the fans to keep their entertained...?


BRICK BY BORING BRICK by Paramore
Quite soon after the previous song/chapter, this song fits the mood of the following chapter. The band is beginning to fracture and Charlie really sees the dark side of fame not only within the band but within her life.


RUNNING ON SUNSHINE by Jesus Jackson
I came across this song by sure fluke quite close to the end of my reading of Songs About A Girl, and this felt a perfect fit. With everything that happens within this book, I wanted a happy, upbeat, fun song that could be slipped in every now and then to reflect Charlie's happy mood. I had this mental image of Charlie looking through her photos or editing her photos and her listening to this song while this happens...

And that's it. All done. And these were some of the songs I had while reading and thinking (but if Songs About A Girl got turned into a TV show/movie, I don;t think I would trust myself over song choices!). But what do you guys think? Agree? Disagree?
Posted by Pewter Wolf at 12:00:00

Email ThisBlogThis!Share to TwitterShare to FacebookShare to Pinterest
Labels: Chris Russell, If I Made The Movie Soundtrack For..., Songs About A Girl