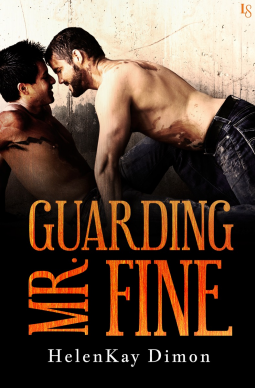 As you guys are aware, I don't DNF that often. But am become far more ruthless with deciding to DNF something or putting it back on TBR pile (physical or kindle) and returning to it at a later date. Like I say to you guys, life is too short to read crap books (well, crap in your opinion. Everyone's opinion is different and, now more than ever, we need to be respectful and kind to one another). This, sadly, is a DNF for me.

Now, like always, I am not saying this is a bad book. This just isn't for me. I have seen reviews on Goodreads of this book and people loving the very Not-Safe-For-Work of it (for those curious, we have swearing with the first paragraph of chapter one and we have gay sex in chapter two. It's like the first episode of Torchwood when it was first launched on BBC Two and BBC Three. It did this so viewers knew that this Doctor Who spinoff is not for children). This is one of the reasons I requested this on NetGalley. It's adult LGBT romance with a thriller edge to it - what more could I ask for when trying to branch out and try new things?!

Now, while I am all up for adult reading, I have two reasons for DNFing this (and one is more important than the other).

The first is this book is the third in a series and I believed that this could be read as a standalone. While you probably could read this as a standalone, within chapters three and four (I gave it four chapters so around 20% of the story), you had a lot of important thrown at the reader which might be linked to the previous stories. Maybe I'm wrong and I'm jumping the gun on this, but feeling overwhelmed, information-wise, isn't the greatest start.

The second and (probably) my main reason why I DNF is the I kept getting confused/muddled over the main characters. One is Seth and the other is Rick. You think I would keep them separate and know which one is a CIA agent and which one is the US consul general. Nope. I kept getting them confused. I kept having to stop and go "Which one is Seth again? Is he Rick? Do I need to go back and reread?". I don't mind getting confused over plot (this is a thriller after all), but characters...? Nope - not going to do that. I want to enjoy the thriller/romance and this was going to be ruined with me, double checking who's who! This isn't an episode of The Blacklist or Line of Duty, where I mistrust every suspect bought to me!

So, am putting this on my DNF list and moving on with my day. And, hopefully, I will be reading something gripping by the time you read this... Hopefully...
Posted by Pewter Wolf at 07:30:00