Noah Can't Even Do An Extract!

I mean, come on Noah!

*sigh* Fine, Noah. I will do the extract for you as part of the Noah Can't Even tour.

Anyway, hello Internet! Today is my (and the lovely Jim from YA Yeah Yeah) stop on the Noah Can't Even blog tour! Jim, to my knowledge, has a different stop post compared to mine so once done here, pop over to his and check it out!

But before I tell you guys what my stop is, let me explain what Noah Can't Even is. Noah Can't Even follows Noah who isn't having the best time at the moment. His dad went missing years ago. School is hell as his classmates discover that his mum is a Beyoncé tribute act. His gran isn't really herself any more. And he only has one friend, Harry.

Why can't he be normal and have a normal life? When the lovely Sophie asks if he wants to come to a party, he wonders if this is the moment his luck is going to change. But life takes an unexpected turn when Harry kisses Noah... 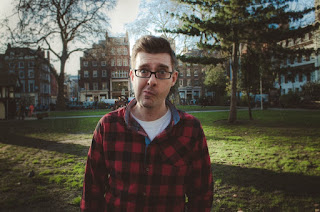 So, as you can tell, my stop is an extract and am thrilled over what little titbit am showing you guys! Probably one of my fave moments in the book!

So, before I hand you over to the extract, just wanna thank Olivia from Scholastic for inviting me on this tour and to apologise for all the tweets I send her while reading this book (sorry about them!). I also want to thank Simon James Green for writing this book and to apologise for all the times I tweeted him while reading this (and those tweets demanding a sequel that contains kissing. Lots and lots of kissing...)

You can check out Simon online via his website (simonjamesgreen.com) and via his Twitter (@simonjamesgreen). And I believe Noah has his own twitter (@noahgrimes12) because, apparently, Simon and Scholastic are liars... *says nothing*

Now, with all that out of the way, ONTO THE EXTRACT!!! (Sorry about the long type. Was meant to be a PDF you could read and flick through but no idea how to upload it on here. Sorry in advance!)


“Oh, what the hell,” Harry muttered, putting his hand behind Noah’s head and pulling him towards him.

He never thought the day would come. Things like this just didn’t happen to him. So he’d never given it any thought ... but now ... it was...
It was actually happening.
To him.
Their lips touched, and his heart was immediately all thump thump thump. His stomach lurching, heavy, like before an exam, or when someone says “I’ve got bad news.”
Thump.
Lurch.
But sort of nice.
And some sort of terrible.
Definitely weird.
Sick and warm and trembling hands that he didn’t know what to do with.
What the hell was going on? What was Harry doing? Harry was kissing him, that’s what, but why? Why were they kissing? And why was Noah allowing himself to be kissed like this? Was Harry suddenly gay? Harry was never gay before. Not that Noah had noticed, anyway. And he, Noah, wasn’t gay either. Was he?
They were both drunk.
He couldn’t feel his nose.
They were still kissing.
It was tender and soft and . . . Harry was good at it. Had he done this before? He was a master at kissing. A pro.
Noah needed to buy time. He needed to work things out. In the absence of any other options, the best thing to do was to continue kissing. There was literally no other option. If he stopped kissing, Harry might be offended or hurt. That would be bad. If this was his best friend coming out to him, he felt he should at least be supportive. If he broke it off, Harry might think it was because Noah was repulsed by it and was homophobic, which Noah was not. Noah was cool with it. It was cool.
Tongues! Gosh.
Noah knew he had arrived in some form. He was being a teenager. If his mum could see him now, how could she think he was “uptight” about sex? Here he was, doing kissing with tongues, with a boy. It was out there. It was daring. He was at the cutting edge of human sexuality . . . and stuff.
But this wasn’t about his mum, or anyone else. It was about him and Harry.
And this would change everything.
And it didn’t feel right.
But it didn’t feel completely wrong.
And yet. . .
Was it possible that alcohol was responsible for this?
They had been drinking a lot. . . Sophie had encouraged it... She... Sophie... Oh God... Sophie... He’d come here to kiss Sophie, and now he was kissing Harry. This wasn’t in the plan! He’d been ambushed by Harry . . . and now his first kiss was a big gay kiss and not a girl kiss, like he’d planned . . . like he surely wanted?
“Are you. . .” Noah began, desperate to buy time, “are you ... are you gay ... or...?”
“If wanting to do stuff with other boys means I’m gay, then yes, I’m gay.”
“Well, that is what it means. Unless you’re bi, or just experimenting. You know, trying things out. . .”
“No, it’s not like that. I’m gay.”
Noah nodded and swallowed hard. It all sounded very final. How had he missed this? How had he not realized? He almost didn’t want this to be true. If it was true, it had to be faced. He didn’t want to face it. He wasn’t ready. He didn’t know how. “So... is this a recent thing, or...”
“Not really. I’ve just never fancied girls.”
“Right. But maybe . . . that doesn’t mean you’ll never fancy girls. Maybe you just don’t fancy the girls at our school. Maybe that’s all.”
“But I fancy the boys. Some of them.”
“Right.”
“I fancy you,” Harry said.
They both stared at each other. Things were being said that Noah wasn’t ready to hear. People shouldn’t be allowed to just say stuff out of the blue. They should have to write it down first and send it to you. To give you time to prepare. Spontaneity was no one’s friend. Harry could have sent a note, or a text. Explained himself. And Noah could have thought it through. Worked it out.
Harry fancied him. It was a statement so bold, so extraordinary, Noah couldn’t compute its meaning. This was Error 404. This was why Harry had been in here, angry and upset. 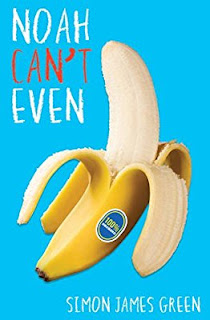 Oh, good Lord, Harry was in love with him.Silence.
What had they done? The cogs in Noah’s brain turned as he tried to make sense of it.
A kiss.
A long kiss.
That’s a lot more than “mates”.
They were close.
Now they were closer.
Nobody must find out.
Harry laughed first. “Oh, wow.”
“Huh. Yeah,” Noah muttered, dizzy with it all.
“That was mental.”
“Yeah,” he said, looking down at the floor, trying to
work out how he felt and what would happen next. “I’m so drunk.”
“Yeah! Me too. Yeah.” Was that why this happened?
Harry gave his leg a little stroke and it gave Noah butterflies. It felt really nice. It felt really weird. This was Harry. One minute they were watching SpongeBob together and the next, there were feelings and emotions and stuff that seemed really grown up. “Come here,” he said, pulling Noah towards him again.
And for a beautiful moment, it was him and Harry again.
Just them.
Together.
And there wasn’t anyone else. And he didn’t want there to be.
Posted by Pewter Wolf at 08:00:00