How Politics Changed Night of the Party 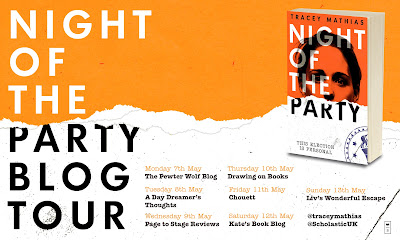 Why, hello y'all! Welcome to the first stop in the Night of the Party blog tour! Yes, I am kicking this tour off - not sure if this was a smart idea from Scholastic or not, but let's getting this party started!

... don't give me that look! I had to put a terrible pun in this post, somewhere!

Anyway, Night of the Party is a post-Brexit thriller, where we follow Zara. Zara who is dating Ash. Zara who is keeping secrets from Ash. She's the only person who knows what happened the night her friend, Sophie, died. But she can't tell anyone, because she's an Illegal - she and her family were born outside the UK and if the Government, ruled by The Party, find out, she and her family will be arrested on the spot and deported, and failing to report an Illegal is a crime in itself.

But she can't tell Ash either, as Ash is Sophie's brother, putting Zara in an impossible situation. Tell him and risk her and her family's lives, or stay quiet and risk the secret being exposed down the line. As the country is gearing up for an election, Zara must make a choice... Speak or stay silent...

Doesn't it sound messed-up? RIGHT UP MY STREET! I can't WAIT to sink my teeth into this book!

To kickstart the tour, Tracey Mathias has kindly written a tiny piece about how Night of the Party changed over the course of two years as she wrote it due to the UK politics!

But before I hand you over to Tracey, I just want to thank Tracey for finding time to write this - it's really interesting to read this! - and for Rachel at Scholastic who asked if I wanted to be involved in this tour! If you want to check Tracey's online home, go to either traceymathias.wordpress.com or @traceymathias.

Now, with that out of the way, over to Tracey!

Night of the Party didn’t start life as a political novel. In late 2014 when I first came up with the idea, I just knew that it would be about a girl keeping a critical secret from her boyfriend: Zara, hiding from Ash that she had known his sister Sophie and had been there when Sophie died. I didn’t, at first, have an explanation for Zara’s silence about what she knew.

But I’ve always been fascinated, both as a reader and a writer, by books that set individual stories in a wider historical context, and explore the interplay between private lives and public events, so my ideas instinctively headed in that direction.  And the wider historical context of late 2014 and early 2015 was so suggestive... The Scottish referendum on independence had taken place in September 2014. There was a building momentum on the far right as UKIP picked up support in the polls, and even a couple of parliamentary seats. It seemed clear that the General Election, due in May 2015, would be dominated by the issues of Britain’s EU membership and immigration.

I picked up on those threads in contemporary politics and wove them into an extreme version of themselves, imagining a Britain where a hard right party came to power, took the country out of the EU and introduced a policy of reversing immigration by forcibly deporting anyone who wasn’t British Born. Adding the political element fuelled the novel and drove it forward, giving it that dimension of individual lives in a historical context that I had hoped to find. It provided the logic for the second half of the plot and the book’s ending, and, of course, informed all the world building. Over the next eighteen months or so, I wrote what I thought of as a novel of political speculation, a ‘what if’ dystopia set in a near future or parallel present UK. Almost all the details of the novel’s world were in place by this stage. I finished writing not long before the referendum on Britain’s membership of the EU. 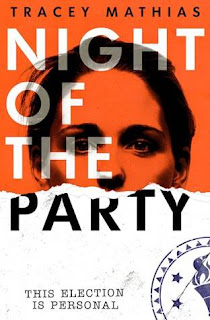 The 23-24 June 2016 was a pivotal moment. I sat up overnight with my eldest daughter watching the referendum results come in, and feeling the world change. On the morning of 24 June, I felt as if I were holding a different novel, as if the book had changed without my altering a single word of it. I had intended to write a ‘what if’ book, a dark fantasy. Overnight, one of the key preconditions for that fantasy had become real and in the post referendum weeks, other aspects of the novel were reflected in what was happening in the country: especially in the spike in hate crime, and in the insecurity felt by EU citizens in the UK whose futures had, overnight, become uncertain and doubtful.

My writers’ group told me to write something more cheerful next time. But for the rest of that summer I couldn’t write at all. I felt paralysed: I had no idea what to do with the book, whose sudden immediacy had made it almost frightening to me. I didn’t touch it again until September. When I rewrote, I changed very little in terms of the plot or the world. Almost of the details which are there now were already in place.

That’s not to say I wasn’t influenced as I redrafted by the events of the summer – precisely, by its most shocking and appalling event: the murder of Jo Cox MP. I redrafted the novel with the words for which she’s become famous echoing in my head at every sentence. ‘We have more in common than that which divides us.’ I hope those words echo in the book too: it is, ultimately, about love across and despite borders.
Posted by Pewter Wolf at 07:30:00