Press Release - Class Is Back In Session!

If you followed me on Twitter a year or so back, you know I am a bit of a Doctor Who fan and I got very excited over Class. i really enjoyed how dark and gritty it was and was a little disappointed when it was axed (although the way BBC Three and BBC one treated it, I'm not surprised).

So, imagine my shock and delight when Big Finish have announced that they are going to release Class audio tales! Big Finish is best known for creating Doctor Who audio plays, but also release Torchwood, Blake 7, UNIT, Avengers and other brands, so this is in safe hands. I'm surprise intrigued and excited to see what Big Finish is going to do with these characters and I can't wait to dive in when these are released!

Let me just share with you the press release I was sent via the lovely Paddy from Big Finish sent me! If you want more info, check out Big Finish's website. 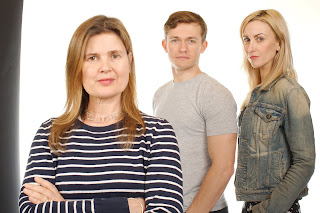 The Doctor Who spin off created by Young Adult author Patrick Ness returns in six new audio tales from Big Finish Productions. Coming out in August 2018, six new adventures from the world of Coal Hill Academy.

Coal Hill School (later Academy) was introduced in the first television episode of Doctor Who, An Unearthly Child, in 1963, and has had numerous appearances ever since including the 50th Anniversary Special, The Day of the Doctor.

Class, a Doctor Who spin-off series created by young adult author Patrick Ness, consisted of eight episodes in a self-contained series that were broadcast in 2016. But Coal Hill Academy still has more secrets hidden in its walls…

1.1 Gifted by Roy Gill
1.2 Life Experience by Jenny T Colgan
1.3 Tell Me You Love Me by Scott Handcock
2.1 Everyone Loves Reagan by Tim Foley
2.2 Now You Know… by Tim Leng
2.3 In Remembrance by Guy Adams

Spread over two volumes, the six new adventures find the students of Coal Hill Academy reunited and crossing paths with characters from the Doctor Who universe.

Seventh Doctor companion Ace, played by Sophie Aldred, returns to Coal Hill in an adventure following up her previous skirmish with the Daleks in the Doctor Who television episode, Remembrance of the Daleks.

Director and Producer Scott Handcock tells us more: “It’s a real thrill having brought Torchwood back on audio, to do the same all over again with another slice of the Doctor Who universe, and to play in a world created by Patrick Ness. The characters and their relationships are key to the success of a series like Class, and the intimacy of the audio medium allows us to bring that to the fore. 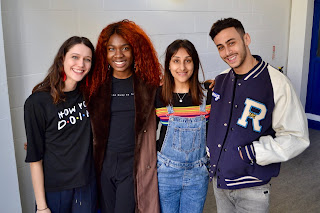 “We’ve had a great deal of fun reuniting the original cast for the audio series, telling brand-new stories set within the TV run, whilst tackling a host of alien menaces. Of course I couldn’t resist linking up to the Doctor Who universe, and bringing Ace and the Daleks into the world of Class has been an absolute treat. And for full authenticity, we’re lucky to have series composer Blair Mowat return to the world of Class as well.”

Nicholas Briggs, executive producer and voice of the Daleks: “Big Finish has a strong tradition of venturing into all areas of the Doctor Who universe, so it’s great that we’re invading Coal Hill Academy too. We’ve had so many requests from listeners about us producing audio drama based on Class, so this is something we’ve been keen to do for some time. For me, personally, it’s going to be great to bring some good, old fashioned exterminating to the format!”

Class volumes one and two is available separately for pre-order now at £20 on CD or £15 on download from the Big Finish site.