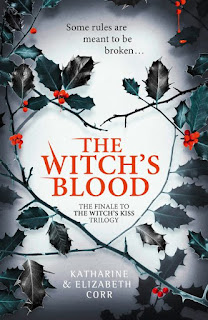 I’ve been holding off reading this for a while. After finding myself blitzing the second book in the series, Witch’s Tears, I’ve been a little hesitant to go back and finish this series off. I knew I would, but I never felt ready, if that makes sense. Plus, if you guys have follow the blog or any of my social medias, you know I have a tendency to start a series but NEVER EVER FINISH THEM!

So, imagine my surprise when I was chatting to the authors on social media one day at work and went “Oh hell, I’m ready!”. And because of Murder Month round the corner, I had to slip it in somewhere. And when I did, I found time and hammered it out over a week (or, if we are being super picky, four sittings).

After the devastating events of Witch’s Tears, Merry will stop at nothing to save her brother Leo. Even if that means ignoring her coven’s orders to do so. But doing so has unforeseen consequences for the teenage witch. As she and Leo are forced to confront evil from past and present and her powers growing, how far are they will to go to save the people close to them?

So… where do we begin?

I really like the series. Yes, it’s a bit clean teen for my tastes but I really had fun with this series and these characters and Witch’s Blood is no exception.

Like I said earlier on, I read this in four sittings, but two of them were several hours long (which is super rare for me to do. Am always doing something or, in the recent summer months, too hot to read/do anything!) and I wouldn’t do that if I did find the book a fun read. And that’s what this series is - Fun. 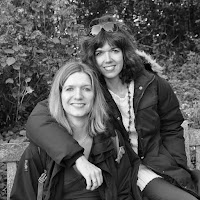 Ok, it’s not perfect - like I said when I read Witch’s Kiss and Witch’s Tears, this does feel a tad skeletal and there are one or two twists that readers will see coming a hundred miles aways. Plus, I sense one or two of you won’t be a fan of the ending, but after reading so many books over the past few months where their ending are complex or slightly messy, it was nice to read something that was neatly wrapped up with a bow. I know some of you guys won’t like that, but as I’ve always said this series is a series I would happily read on the beach, I was kinda relived that this kind of ending was here. I didn’t want a messy ending this time round - I wanted an ending with kissing and hopeful futures ahead.

I know I’m a bit nit-picky, but I had fun with this series and each book in this series was an addictive read. I kinda wish I binge them backtoback over the summer or Easter break as this would have made such a fun holiday read! I am very intrigued to see what Elizabeth and Katharine’s next series, Throne of Swans, is going to be like…
Posted by Pewter Wolf at 08:00:00