The Extract From The Red Book 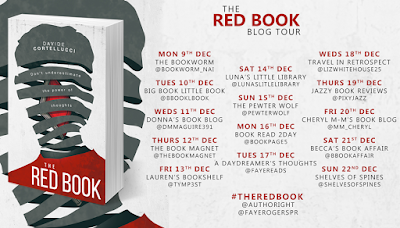 I have a slight sidestep for you today as I have an extract for you!

I know! What kind of monster am I?! 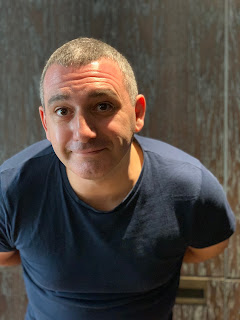 Now, most times I've quite wary of doing extract, but when I heard the premise of this from Faye, who emailed and asked I wanted to be involved in this tiny blog tour, I was very intrigued by it. And I like to be intrigued when it comes to my reading and with what I want to share on the Pewter Wolf. So, let's chat The Red Book by Davide Cortellucci.

Martin's life is going to be turned upside down through a series of accidentally and not-so-accidentally coincidences. Soon, he found a group of people who can help him enhance the power of his own thoughts to modify the physical world around him. Which is cool, right? Expect that now Martin understands why he's flooded with negative feelings and energy when he's close to certain people, and he's not carefully, everyone around him and himself will cease to exist...

Now you see why I said I was intrigued by this...

Now, before I hand you over to the extract, I just want to thank Faye for asking if I wanted to be involved in this tour and saying "Ok" when I asked for an extract.

‘Shit,’ Martin whispered. His head flinched a little as if he had Tourette syndrome.
Sofia, from next door, sat next to him on the brown sofa, below the pink and blue painting of the cartoonish giant monster destroying New York City. ‘I know that cringed expression. What was it this time?’ She slightly leaned towards him.
‘It was as if I’d tasted bile,’ said Martin. He slightly poked his tongue out, one hand holding the computer on his lap. ‘I wanted to vomit. I was standing next to this guy on the Tube last night, and I had this unsettling feeling, almost as if his body was releasing strong negative energy. Like a stench of negativity. I felt nauseated,’ he said. His head jolted, and the muscles of his jaw contracted in the recollection. He tasted a static-metallic hint in his mouth, as if he had accidentally chewed some thin foil stuck on the underside of a chocolate bar. He looked up and took a deep breath. ‘I stood next to him with that bitter tang in my mouth.’ He mimicked a dry heave.
‘You’re a special messed up thing.’ Sofia smiled in full best-friend mode. ‘You are.’
‘I know. Je suis formidable.’ Martin lifted his chin into an ironic three-quarter pose.
Since they were children, Sofia was the only person with whom Martin felt at ease to open up and trust with his oddities. And to her, he was like the brother she’d never had. Martin sighed in relief at her presence.
He pressed command-C and command-V on his laptop. ‘All done.’ He unplugged the USB stick and passed it to Sofia. The yellow retro style table-clock on the side stand flipped the last tile to sign 5:05 am.
‘Thanks. One step closer to my last exam.’ Sofia stood up and waved her hand to him. ‘Come on. We better go now, or I’ll be late for my train. And you for work,’ she said.
‘Good … morning … guys,’ said Martin’s mother suppressing a yawn, walking down the last steps of the staircase.
‘Morning, Laura.’
‘Morning, Mum. I’m off to work.’
‘Okay,’ said his mother. ‘Before you go, your sister and Harry are having their place refurbished, so they will be staying upstairs in Amy’s old room for the next few weeks.’
‘Okay. Love you, bye,’ said Martin putting his coat on. He opened the front door, and they walked across the cobbled Clerkenwell road towards Farringdon station. ‘I’ve had enough of these early mornings,’ said Martin.
‘Well, quit your job then. You’ve been working at the coffee shop for almost two years now. Just for a while – he said. Till I decide what subject to pick at uni – he said,’ Sofia mimicked in an annoyed tone. ‘And bang! You’re twenty-one.’
‘I know. And I should move out from my parents’ house too. I’m caught in a loop of not taking decisions,’ said Martin.
‘Look, at least you’ve saved money.’ 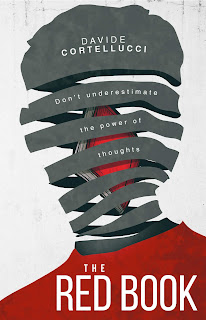 ‘I guess. But I feel as if I’m almost frightened to figure out what I want and move forward. Stuck in heating lattes and serving muffins. Why am I so different from everyone else?’ He shook his head slightly.
‘You’re not different. You’re … reality-challenged,’ Sofia said, grinning.
He looked at her with a sarcastic resting face. ‘You’re-so-funny-hah-hah.’
Martin knew he was different, capable of sensing and doing things out of the ordinary, but how and why, he didn’t know. Since he was a child, he witnessed strange events difficult to explain. His mind tangled each time, looking for a logical explanation.
‘Are you going to stay in Cambridge tonight? With … with … I’m not even going to pretend to remember the name of the guy you’re going out with … this week,’ said Martin.
‘No, I’ll be back at my mum’s tonight. And his name is Daryl. And it’s three weeks now. And the sex is very good. As in, very, very good.’ She laughed.
‘Gee, Sofia,’ Martin sighed. ‘I don’t want to know.’
Posted by Pewter Wolf at 08:00:00