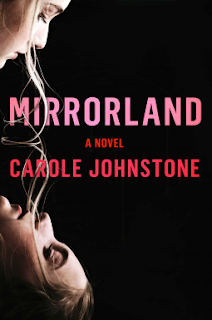 Am always a tad iff-y on doing reviews for blog tours as what if I don’t like the book? Where do I go from there? I don’t want to ask to be removed if I dislike/DNF a book. So, when WriteReads messaged and went “You like thrillers, right?”, I was intrigued, and when I read the blurbs for Mirrorland, I was very much on the fence (it was the US blurb that swung it for me. The UK made me very curious – like with different cover art for different countries, blurbs are different as well to entice and intrigue the reader to picking up the book and reading it).

But being back at 36 Westery Road is not the welcome Cat wants. When the girls were growing up, they created a dark imaginary world – Mirrorland – full of pirates, clowns, witches. Cat hasn’t thought of this world in twelve years, but the world is creeping back into Cat’s mind. Every dark corner hides a secret or a long-buried ghost. What’s worse is that someone has left Cat clues in nearly every room. A treasure hunt that leads straight into the dark heart of Mirrorland, the truth of El’s disappearance and the heart of Mirrorland’s creation.

This is hard to write. Not because the book was bad – it isn’t – but because it had brilliant and clever ideas, but never felt executed right for my tastes. A sister returning home to deal with a strange disappearance of her twin? Tick. A mysterious treasure hunt from a mysterious stranger (who it is? The missing sister? The missing sister’s husband? The sister’s killer? Someone else)? Tick. A look into children’s imagination and how children and adults fall into it when dealing with trauma? Tick. In theory, all of this should have worked for me. And yet... it didn’t work for me.

Ok, let me write about the positives. It’s a highly original thriller, which is weird and can very easily be made into a movie or a TV show. It would be a strange and unnerving watch of a thriller as Cat slips from real life into her memories and viewers would wonder whether we can trust Cat and her version of events (yes, we have the unreliable narrator troupe). It would be like that scene in The Hours where Julianne Moore’s character, Laura, is on the verge of killing herself. A dream-like unnerving shift. Hang on, let me find the clip so you see what I mean...
It’s, also, well-written and has this lovely Scottish gothic edge to it. Plus, while I saw one or two twists coming, there were twists that I didn’t see coming and made me go “Wait, what?”

Like I said, these ideas work as does the writing, but there’s something, something I can’t quite put my finger on, that didn’t work for me. While the writing is solid, there were times I skimmed and I would get muddled over if I was reading present day or childhood memory. While this is highly original and creative, I could never really keep the lands in Mirrorland straight in my head. Maybe this was to give an extra dimension of unease, but it annoyed me when I kept having to go back to the start to see floor plan of the house and go “Oh, you mean here! Right, with you now!”

I get what the author was trying to do and the way she tackled the truth, the fiction and the magic of childhood memories to tackle trauma was unique [not seen it tackled this way before] (by the way, this book has a lot of triggers here. Ranging from domestic abuse, sexual assault, incest, child abuse and others).

While this might not have been the thriller for me, it is original but very dark and very triggery thriller that I think some fo you guys will like hugely with its gothic atmosphere where the lines of reality and childhood fantasy blur. Others, I would advise great caution or avoid. 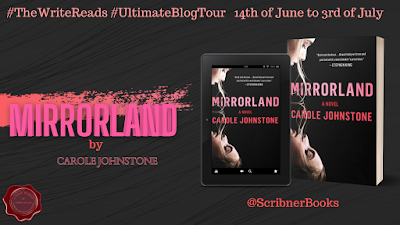