eBook Review - How To Catch A Prince 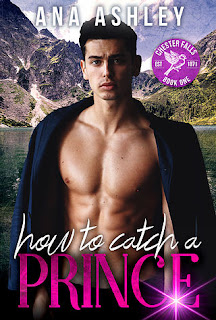 I don't know how or why this book/series appeared on my radar. But I'm going through a bit of a MM romance blitz this Pride Month 2021 (I blame my mini walking-holiday in Wales for me going "I want to reading gay kissing!") so I thought "Why not?", bought and dived in.

Charlie is back in his hometown of Chester Falls for his sister's wedding. He's not looking forward to it as it looks like his ex (his brother's best friend who isn't out yet) will be there.

Prince Kristof of Lydovia, or Kris, needs an escape from the latest press scandal (all thanks to his ex who hasn't taken their breakup well). His sister thinks him going to America and hiding out before the US President's latest Ball is a great idea for a short while. Kris isn't so sure when when things take a turn and and he finds himself in an apartment by himself, he realises that he pretend not to be royal. And when Charlie literally falls on him, Kris can't help but agreeing to pretending be to Charlie's boyfriend.

Oh yeah, we have a royalty/fake boyfriend troupe alert.

But as their fake relationship starts to feel very real, and as the press closes in, how will Kris and Charlie's new found relationship survive?

Before I go any further, I have to say that you have to suspend your belief while reading this. Yes, I know. Most romance stories you have to, I understand, so nothing new on this front with the royalty troupe (who goes into hiding with no bodyguards? Really?), as well as the fake boyfriend troupe. Plus, the romance happens very quickly/almost instalove.

I'm going to admit that the writing isn't the best, and this book could have done with some editing (chapters switch POV between Charlie and Kris, and there were two/three occasions we had a chapter told by one of the characters and, on the first page of the chapter, we have a slip of who speaking. it's seemed, to my memory, be on Charlie's chapter where we have a "Charlie says" instead of "I says" slip). Plus, for a book which said we were going to get steamy scenes, there were very skimmed over, almost fade-to-black due to lack of detail (though this is a sweet romance so can give it some leeway) 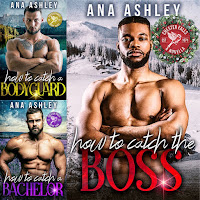 But, this is very sweet, very light and very fluffy. An easy beach/candy floss sort of read. And it was fun. I want to read romances that are fun and have little to no angst in them so I had a blast reading this and, yes, I've bought a few more ebooks in this series because I had such a fun time with this and one/two characters intrigue me hugely! The main one I'm excited to read in the coming weeks is How To Catch a Bodyguard, the third in the series, that focuses on Kris's Head Bodyguard, James, and Charlie's old brother, Connor. I did, also, buy the fourth book in series (as when have I ever read a series in order before), How to Catch a Bachelor and the Christmas novella, How To Catch A Boss.
I do suspect I will read these and the rest of the series because, while not the best written romance I've ever read, this was one of the most fun romances I've read and reading books for pleasure and fun is my big thing for the rest of this year!
Posted by Pewter Wolf at 08:00:00

Email ThisBlogThis!Share to TwitterShare to FacebookShare to Pinterest
Labels: Ana Ashley, Chester Falls, GoodRead, How To Catch A Prince, How To Catch A..., Kindle, reading, review