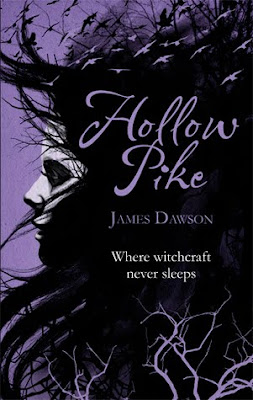 I have no idea how I became aware of James Dawson and his debut novel, Hollow Pike. I think we met via Twitter where we randomly chatted about the casting of Peeta and Gale in the upcoming Hunger Games movie. I think we both agree that, while the two male actors were good choices, they really should have the others role. Random trivia (which I am surprised that I actually remember) but after random tweets, I discovered he had a novel in the works and I got excited. Then, at Indigo's launch party, I discovered the cover and, also, that I wasn't the only person excited about this book. Several book bloggers were quite excited about this book. YEAH! And then, in late November, James threw a contest. Nominate a cool book blogger and they will win an ARC of the book. I nominated Emma from Book Angel Booktopia (here's her review of this book). And my nomination won. And then, James turned round and said "Oh, by the way. As an Xmas present, both nominator and nominatee will win a copy!"

So, I got my copy SUPER EARLY! (I feel I have to explain the whole, slightly weird saga as... well... you guys should know that, in my life ATM, this is exciting!)

So, the story of Hollow Pike. Lis London is moving from her home in Wales to Hollow Pike. But that doesn't seem to help her. She keeps having a nightmare that she's going to murder. And when she sees the copse, she realise that this is the place in her nightmares.

But she doesn't believe in nightmares nor the local tales of witchcraft. Until a terrible thing happens that forces herself to think again...

Now... what can I say? I EFFING LOVE THIS BOOK! Not going to swear, but this book is so great! And it's a debut novel and the fact that this has such a strong reaction from me is amazing! 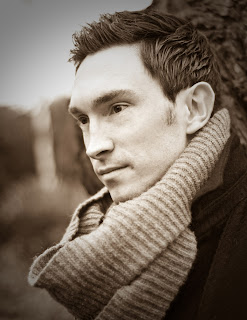 I want to talk about the subject that this book raises: bullying. This book very much shows the effects of bullying. Lis left her home in Wales because of terrible bullying she faced. Only to walk again into bullying, and it's nasty bullying. There were scenes that some people might find shocking (the use of fake emails, for example) but it doesn't surprise me and just reflects the levels some people will go to. But I think James tackled this issue with a good amount of care but was unflinching over it. I found this brave.

And then, James turns the book on its head and throws us a murder mystery. And not just a typical murder mystery, but the idea of witchcraft being involved. And he seems to blend the genres of this book together with the greatest of ease, and it was always interesting to see where he took me next as the twists were always there, lurking in the darkness of Hollow Pike's copse...

I had very high standards for this book. And Hollow Pike met each and every one of them. And excelled them all. Keep an eye on James Dawson. He is going to be huge! I demand his next book AT ONCE!