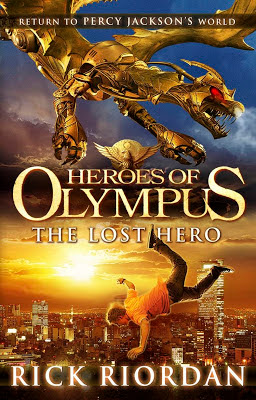 When Jason, Piper and Leo go to the Grand Canyon, they have no idea that, within hours, they will appear in Camp Half-Blood, being told that they are demigods and one of their parents is a Greek Gods. Camp Half-Blood is the safest place for a demigod to be. Expect Camp Half-Blood is missing a hero - Percy Jackson - and a scary prophecy. With the three embarking on a dangerous quest, which has to be completed by the winter solstice (which is happening in 4 days!), the three have problems. Jason has happened his memory wiped and keeps calling the gods by their Roman names, not their Greeks and with both Piper and Leo keeping secrets, can the trio succeed?

Am going to be honest: this was a fun and slightly addictive read. Do you know how rare that is? I found myself enjoying clicking through the pages, trying to figure out what happen what's going to happen next. And with Rick writing every two chapters from either Jason, Piper and Leo's point of view, you read the chapters quickly to keep the story going fast-pace and you want to return to your fave character (I liked all of them, but Leo has a place in my heart as he was the book's light relief). Plus, the idea of Greek mythology and Roman mythology clashing together - BRILLIANT idea!

I know some of you true fans will be shocked as Percy's not in this book - THE OUTRAGE!!! But, trust me, it is explained! I promise. It is explained and you guys will then get mad at Rick...

Now, I have to say something before I go on. After I finished The Lost Hero, and tweeted people to say I read it and was excited to read the next book in the series, The Son of Neptune, I made a tiny mistake. I told people on Twitter that The Lost Hero was my first Rick Riordan's book. Oh, the shock on Twitter about this news! Mainly from my booky pals of @wingedreviews, @JeremyWest, @JeffreyWest, @livin_thru_arts & @CassJayTuck. They were SHOCKED that I read The Lost Hero without reading the Percy Jackson series. Guys, if I knew you Percy Jackson's fans were so dedicated...! 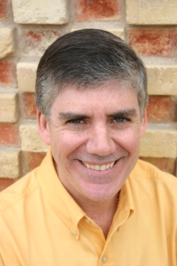 Ok, I wanted to read The Lost Hero. I just fancied reading it. No other reason! It was that or Beautiful Creatures by Kami Garcia and Margaret Stohl (I read both in the end! Am still reading Beautiful Creatures at the time of writing this, although by the time you read this, I should be finished and writing/editing my review). And while I read The Lost Hero, there was references to the Percy Jackson's series, but I thought I was fine reading. It was very much "Yes, this war happened, but you don't need to worry about that. Worry about the war you're in the middle of now!" so I was fine reading it.

I did promise them that, before I continued reading the Heroes of Olympus series, I will read Percy Jackson and the Lightening Thief. So, that will probably be my next Rick Riordan book or The Red Pyramid (as that's the first book in the series that tackles myths for Ancient Egypt [which I'm a sucker for!]). So... yeah... I might be a new fan to Rick Riordan if he keeps the writing and story telling as addictive as it was in The Lost Hero!