GoodRead - What He Wants 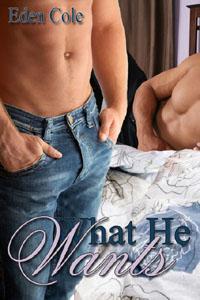 OK! OK! I know in Tuesday's review (Whiskey Dreams), I said normal YA reviews will resume in the coming days. But apparently, I was lying. To everyone. Including myself. So yes, we have another ADULT GAY EROTICA! So, if you don't like this kind of thing, BACK AWAY!

Matthew's girlfriend dumped him, using an excuse that can not be true. No way is he in love with his best friend, Aaron. But when she talks to Aaron, putting the same idea in his head, could this be the end of their friendship? Or could Matthew's ex be right?

AVOID! Let me state this again in case you missed it. AVOID!

*sigh* I don't think I have ever written a review using that word before... and probably never will again...

And the last page. Right, ok, am going to spoil this for you now but the two characters are together after having sexual intercourse, Aaron has confessed that he's in love with Matthew (after realising that he could be gay the PREVIOUS night!) and Matthew, while having enjoyed the sex, says that he's not ready to "come out of the closet" yet he stills "desire women". He can't imagine Aaron being with anyone else or imagining his life without him, yet he says it's "weird and unnatural" when he said "I love you" to Aaron. I'm sorry, but what? If Matthew comes out as bi, fine. I would have accepted that (kinda) but everything else he said, I felt like he was going "Well, I want my cake and I'm gonna eat it."

You can't say "I love you" then say "It feels weird and unnatural" to say that. You can't say "I'm not saying I'm ready for a relationship" then say "I can't think of you being with anyone else". If Matthew wants a relationship with Aaron, SAY IT! If Matthew wanted to have Aaron as a Friend With Benefits, SAY IT! If it was a mistake, SAY IT! Don't contradict yourself several sentences later!!!

I guessing that the author was trying to do a "Happy In The Moment" ending. And it fell flat!

Again, if you see this, RUN AWAY FROM IT! DON'T CLICK THAT "PURCHASE" BUTTON!

(I promise this time, normal YA book reviewing will resume next week! PROMISE! I think I wanted to review these "naughty" stories as I want to be a little bolder/braver with my reading/reviewing choices...)
Posted by Pewter Wolf at 08:00:00