I am thrilled to welcome Claire McFall to the blog today. Claire has published two books - Ferryman and Bombmaker - and her latest, Black Cairn Point, has just come out! To celebrate this release, Claire has written this lovely post about the music she listened to while writing Black Cairn Point.

I want to thank Claire for taking time out for writing this post and thank you for introducing new music to me. I'm always on the hunt for new music. Anyway, now, am handing it over to Claire! 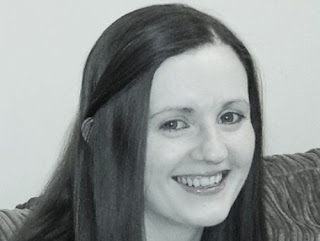 I don’t know what it is about music, but it seems to be hard-wired straight into our emotional core. Without the soundtrack I reckon I could get all the way through Titanic without crying, but as it is, every single time Rose goes down in the boat and she’s looking up at Jack, knowing she’ll never see him again… and the strings cut in and BAM.  I’m greetin’. [greetin’ (Scots): wailing like a big pansy).  And then there’s that bit in Star Trek (the first film of the new series) where Spock tells the stuffy old fogies at the Vulcan Science Academy to “live long and prosper” (i.e eff off) and then the funky riff starts – I tried to find the exact song but apparently JJ Abrams made it specially for the movie – and it just makes the moment so AWESOME.
OK, so there’s no music in books, but authors use music to get them in the right mood… and hopefully that emotion gets woven into the descriptions and the dialogue. At least, that’s the idea. So here’s my “soundtrack” for Black Cairn Point.

Itchycoo Park by The Small Faces
I had no idea that’s what this song was called – I thought it was called It’s all too Beautiful but Google tells me I’m wrong. This is the song that Heather and her friends are listening to on their road trip down to Black Cairn Point. Initially the lyrics of the song started off chapter too… but then my publisher told me how much song lyric rights cost (and that I’d have to pay them) and, yeah, they got dropped. But it’s a cool song. It’s catchy and easy to sing along too. And it’s one of those songs that everyone can belt out the chorus to but as soon as the verse starts, suddenly there’s a lot of mumbling along with the tune. It’s a proper oldie (1967!!!) but it’s good.

I’m Not Okay (I Promise) by My Chemical Romance
This is one of my FAVOURITE songs anyway. I listened to it a lot when I was writing the Dr Petersen sessions in the book. He’s the psychologist who’s responsible for locking Heather up and she has to pretend to be all sane and calm and not psycho when inside she’s screaming and she wants to pound his stupid head off the shiny mahogany desk. Not that I’ve ever had that feeling or anything…

Kiss Me by Sixpence None the Richer
I’ve never really thought of myself as a romance writer, and Black Cairn Point is a horror, but, as my agent pointed out, I always manage to work a little bit of smoochiness in there somewhere.  But the little romance between Heather and Dougie is a shy thing.  I think it’s because I was shy and timid at school and the thought of brazenly flirting with a guy I liked…. Gah! I’d have to find a place to hide and then die.  Kiss Me is a really sweet little love song and it just seemed to fit the mood of Heather’s feelings for Dougie.

By the way, the book really is a horror-thriller.  I promise.

All Alone by Fun.
This is a sad song.  It’s about (I think) the singer’s mum dying and him feeling abandoned and, well, alone.  Unable to cope without her strength to lean on. I listened to it a lot towards the end of the book, when people are a) missing b) going loco AND c) getting sick… and Heather’s pretty much the only one left standing.  The one who’s left to make all the decisions.  It’s a cool song – on a cool album.  If you’ve never listened to the Some Nights album I’d recommend giving it a go.

Baby Did a Bad Bad Thing by Chris Isaak
This song goes with the ending… but I’m saying no more. You’ll have to read it for yourself! 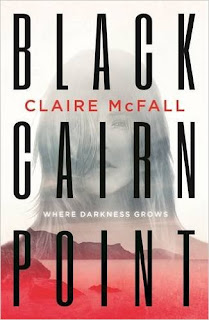 So there you have it.  It’s kind of an eclectic mix… but these are the songs that helped me get in the “zone” for Black Cairn Point.  I’m ALWAYS on the hunt for new music, so if there are songs that you think go well with the book, I’d love to hear about them! And thank-you thank-you to the fabulous Pewter Wolf for having me on his blog and tasking me with such an awesome topic.