What’s this? I don’t start with my usual bulletpoints of information and affiliates. Ok, stay with me. I had plans to buy this. I honestly did! I preordered it and EVERYTHING! So it came as a huge surprise to me when I got an email from Gollancz, asking if anyone wanted to be involved in a blog tour. I jumped at it as I am a huge fan of Garth Nix’s Old Kingdom series and Keys to the Kingdom series. What came as a surprise was when the publisher said “We’re sending you a book for review for the tour”. Now, I don’t normally do reviews for tours as you all know and I had preordered my copy of the book already. But I went “Sod it!” and decided to be involved. Unless something unspeakably awful happened in the book, I was going to be involved in this tour.

And with that out of the way, let’s talk Angel Mage, shall we? 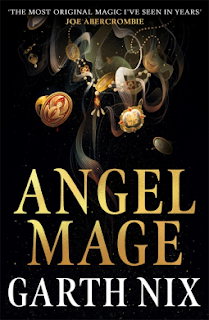 Over a century ago, the country of Ystara fell to the Ash Blood plague. If anyone came into contact with the magic of an angel, regardless of the angel’s level, their blood will turn into ash or the person will transform into a terrifying beastling.

It’s been over a century since Liliath crept into the empty sarcophagus of Saint Marguerite and slept, waiting. But now she is awake, and she has a plan. She still is nineteen, she still looks beautiful and she still is as singleminded as she was before her sleep. She is determined to find the missing archangel of Ystara, Pelleniel.

But for her plans to succeed, her quest centres round four young Sarancians, each so different and yet, share something important. But what connects the doctor-in-training Simeon, the fortune hunter Herni, the musketeer Agnez, and the scholar and icon maker Dorotea?

When the four meet by sheer chance, they feel the kinship between them instantly, though they have no idea why. Only Liliath knows why they are so important and she has plans to manipulate the Queen, her musketeers and everyone around her to achieve her ends…

So… where do I begin?


I loved this. It’s really difficult to explain why I had such a blast reading with.

Yes, this is Garth Nix’s first “adult” novel, but it didn’t feel adult compared to Garth’s young adult series, Old Kingdom. It felt like the first time I read Sabriel in my teens, in which felt in awe of the world I was reading and wanted to know more. 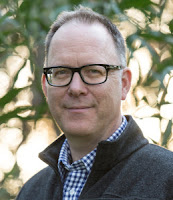 Plus, it was one of those fantasy books where it threw you in at the deep end and hoped you would get a grip of the world and how the magic system worked. It’s rare I enjoy those types of books, but there was something about this made me go “Ok, I don’t understand what’s going on, but I am on board with it”. And then, everything clicks and you go “OOOH!” as everything clicks into place.

The characters were interesting and I loved reading a fantasy book where you have strong, smart, high-powered women in this book.

I could go on and on about my thoughts and feelings over this book, but I loved it. I want Garth to write more books set in this world and I am already trying to figure out when I’m going to reread this.
Posted by Pewter Wolf at 08:00:00