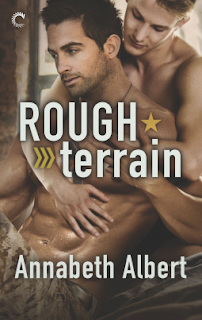 At the end of August, I wanted to have a small reading blitz to get myself up straight for my Murder Month, but I hit a bit of a reading slump. Though, not exactly. I had binge read The Witch’s Blood by Elizabeth and Katherine Corr and, while I did want to read a crime-y book, I just wasn’t in the mood. Plus, I wasn’t feel great due to the last of summer’s hayfever and its headaches. So, I just wanted something before I attacked the last few reads for Murder Month. So, in a moment of skimming my NetGalley, I saw this and went “You. I’m in the mood to read you.”

In the seventh instalment of the Out of Uniform series, Navy SEAL Renzo “Rooster” Bianchi has a soft spot for a cashier at the smoothie place. So when Canaan asks Renzo for a favour - to be his boyfriend for a weekend camping with his friends - Renzo accepts as there’s a spark between them. But what starts as a weekend con could be more…


This is as vague as I am willing to go. The book’s blurb goes further and I will talk about that in a tick as I have issues.

So, if you look, I have read two other books in the series - Squared Away (the fifth) and Tight Quarters (the sixth - I mean, it’s almost on brand for me to not read a series in order now, isn’t it?!) - and out of the three, this is probably the weakest.

Ok, let’s sort out what I liked first. I liked the writing, the story moved at a pace and this felt like a light, fluffy beach read with sexy moments. I liked Canaan straight away, though Renzo did take a chapter or two to warm to, but I was on board with them becoming a couple quickly. This was a nice, fun, sexy beach read. 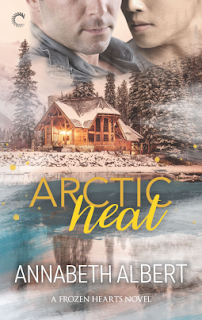 So, why did I not warm to it compared to the previous Annabeth Albert I’ve read? While I liked it, I thought it was very troupe-y and the hurdles that the characters have could have been resolved very quickly if they TALKED TO EACH OTHER. This happens in every Annabeth Albert book I’ve read. They don’t talk to each other, then they get into a fight, a few days/weeks go by and then they talk to each other and everything’s ok. I know we need conflict but am getting a little tired to read in romance stories that the conflict happens because no one talks to each other!

Plus, in the blurb of the book (though not up in my write-up), we are told that there is an incident (I won’t say on here) that will split the couple up from the rest of the camping group. I thought that, as it’s in the blurb, it would happen quite early in the story. This didn’t happen till around the 50% mark, which makes me wonder why it was put on the blurb. It could have been hinted at or left out and have as a surprise “OMG” moment. Why put it in the blurb when it comes halfway through the book?

Ok, I’m being nit-picky on that.

Anyway, I do have one more Annabeth Albert on my kindle TBR so this hasn’tt turned me off her writing. This wasn’t her strongest story, I think, and I hope the next book I read will be a fun, fluffy and romantic read, but if the problem/issue that happens can be resolved if the leads talk to each other, it might be my last…
Posted by Pewter Wolf at 08:00:00